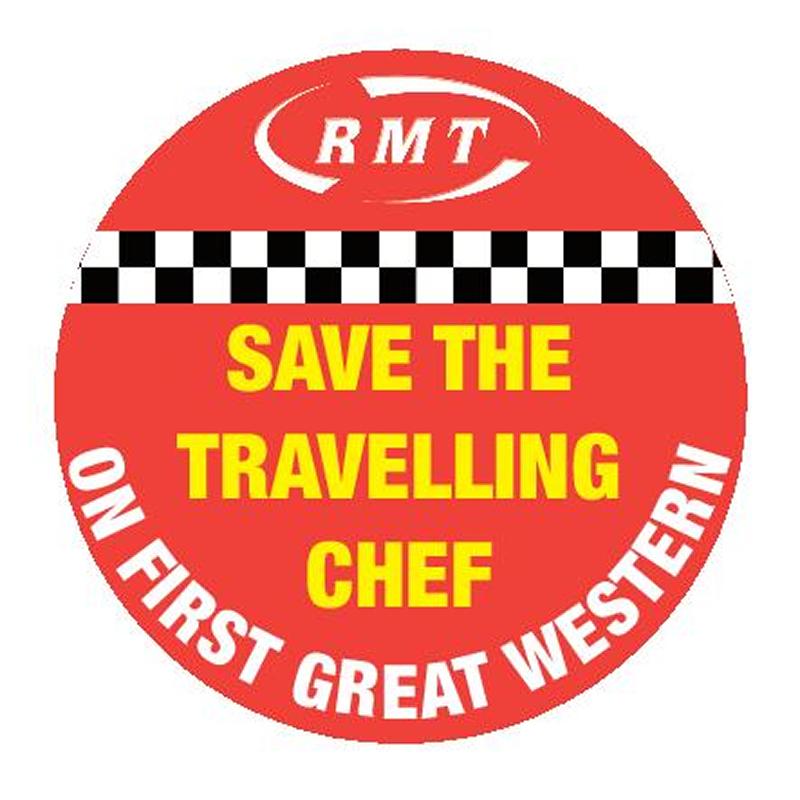 RAIL UNION RMT today slammed the “sickening hypocrisy” of train company First Great Western as it emerged that they have laid on additional Travelling Chef services for politicians and dignitaries attending the NATO summit in Wales just weeks before they intend to axe that same service for the travelling public.

Today (Weds 3 September) FGW has provided a Travelling Chef and an additional 1st class carriage on their regular 13.15 intercity service from London Paddington to Cardiff.  Although this train does not normally have a Travelling Chef provided, it appears that FGW are expecting 'VIP customers' travelling to the NATO summit in Newport, South Wales.

The Travelling Chef is one of the last full in-train meal services available on trains in the UK.  They provide a range of breakfasts and other meals, served at the seat in First Class and available at the Café for other passengers.

Despite union objections, RMT has now been told that the services will be scrapped by November 2014. The union has been distributing a range of campaigning materials and is mobilising a public and political campaign aimed at saving the Travelling Chef service. Postcards in support of the RMT campaign, urging the travelling public to return messages of support for the Travelling Chef service to both First Great Western and their local MP, have been flooding in. MP’s have been urged to sign Early Day Motion 270 backing the union campaign. The public and political campaign will continue alongside the union’s industrial campaign.

Mick Cash, RMT acting general secretary said.
“The hypocrisy and double standards of FGW directors, who have recently announced to RMT their intention to scrap the Travelling Chef in its entirety on all FGW services, but wish to make a good impression to UK government ministers and visiting NATO dignitaries, will be lost on no one.

“RMT has made it crystal clear since this threat to on-board catering services first emerged that we will fight to defend these services with every means at our disposal, that means an all-out publicity, political and industrial campaign that nobody will be able to ignore.

“The union wants the plans withdrawn and we also want assurances from both the company and the Government that catering services, guards and in-house maintenance arrangements will be protected when the new fleet of Intercity trains is introduced.”