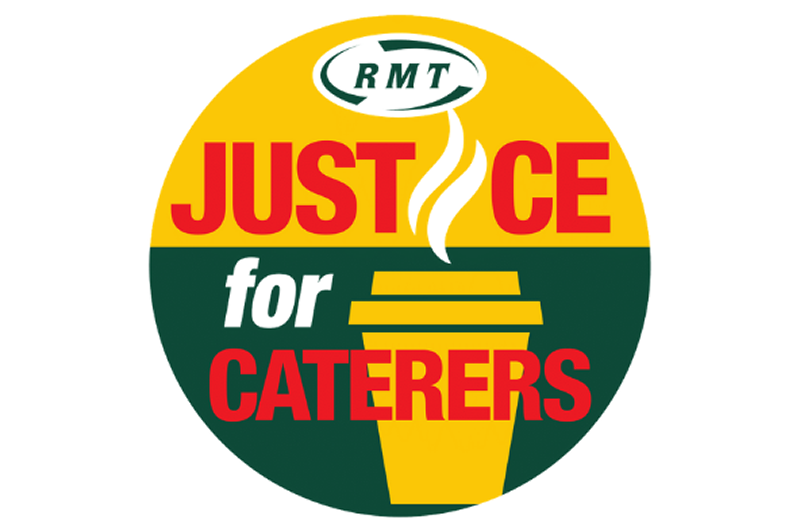 RAIL ‎UNION RMT today demanded that rail catering company SSP - owners of Upper Crust, Rail Gourmet, Burger King rail outlets and a range of other well-known brands - pulls back from the brink and stops pressing ahead with redundancies of station outlet staff under the guise of the COVID-19 pandemic.

The company has chosen to not open the overwhelming majority of outlets and are keeping units closed based on the unsubstantiated view that there is little or no demand for them to open. The decision to keep the units closed was taken prior to any increase in passenger numbers or easing of restrictions.

The company has indicated they may open some units up in time but have refused to guarantee offering redundant staff their jobs back, a position that RMT finds outrageous.

RMT has put forward counter proposals to the company and not even received the courtesy of a response.

This decision has been taken in spite of the fact that the company is awash with money after soaking up taxpayer furlough cash. RMT says the scandal yet again exposes the brutal, profit-driven ‎nature of outsourcing on the railway and reinforces the call for work to be brought in-house.

RMT research shows that in 2018 & 2019, SSP Group made a total profit of £416m, profit from UK operations was £191m, and it paid out a total of £346m in dividends to shareholders.
The numbers show that the company was making and stockpiling huge money pre-covid but has now chosen to throw its workers under the bus rather than providing job security at a time of national crisis, highlighting again the scandal of privatisation on the railways.

RMT has also pointed out that SSP furloughed a large proportion of its staff, drawing funds from the joint HM Treasury and Bank of England Covid Corporate Financing Facility and got rent payment holiday for outlets at Network Rail managed stations – soaking up substantial public funds and benefits and yet still ploughing ahead with redundancies to keep company shareholders happy.

“RMT is appalled that SSP are refusing to even try and re-open food outlets and protect jobs despite many other companies attempting to do so.

“The company intends to get rid of the workers who have made good profits for the company over the years through their labour rather than standing by them through more difficult times. This is in spite of the fact that SSP received huge sums in taxpayer support and benefits during the pandemic

“The latest developments also reinforce RMT’s demand that train operating companies who outsource on train catering to SSP owned Rail Gourmet immediately bring these workers in house to protect them from the SSP meltdown.”