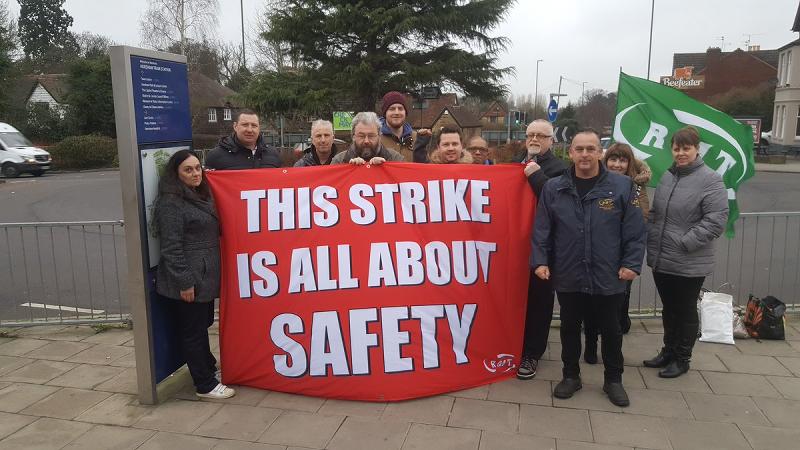 "RMT guards members on Southern Rail are standing firm in their action in defence of rail safety this morning despite a vicious campaign of bullying and intimidation by GTR bosses. Our members resilience for nearly a year now is a credit to the entire trade union movement.

"These are local people fighting for safe railways for their local communities. Instead of a campaign of threats and intimidation from the basket-case Southern Rail outfit their professional concerns about the implications of axing a second safety-critical person from the trains should be taken seriously.

"RMT is aware that Southern have mobilised a high risk scabbing operation this morning that makes a mockery of the safety rule book and the union is monitoring that closely.

"The union repeats it's demand for the company to get out of their bunker, stop the threats and mud slinging and give RMT and our guards members access to genuine and meaningful talks."