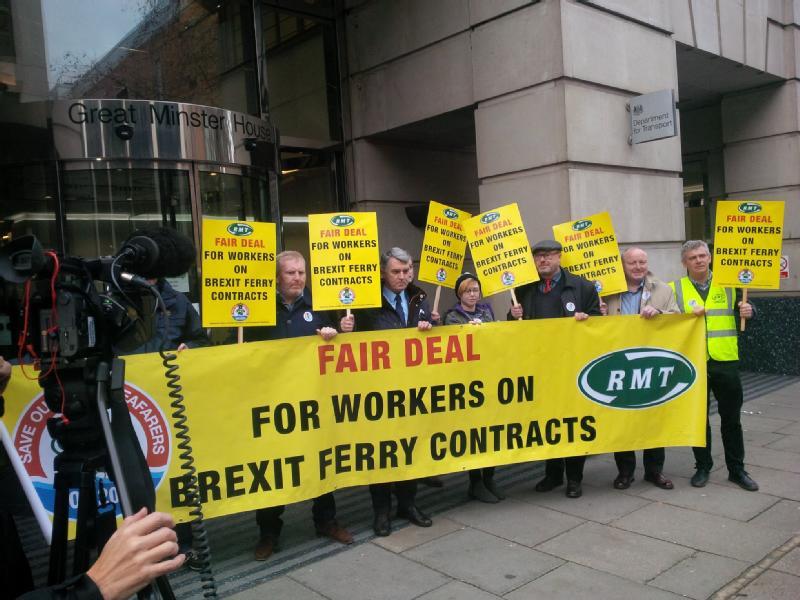 Failing Tory Transport Secretary Chris Grayling has cancelled Brexit Ferries contracts with Brittany Ferries and DFDS at a cost of up to £56.6million according to the National Audit office.
RMT General Secretary Mick Cash said:

“The Brexit ferry chaos on Chris Grayling's watch has ‎moved from farce to national scandal with the taxpayer picking up the bill. If he had listened to the maritime unions none of this would have happened.

"The £56 million wasted could have been used to create proper jobs for British seafarers and pay the Royal Fleet Auxiliary workforce a decent wage.

"Grayling has reduced the shipping industry in this island nation to a global laughing stock. Anyone with a shred of decency would have resigned long ago off the back of his catalogue of failures.”