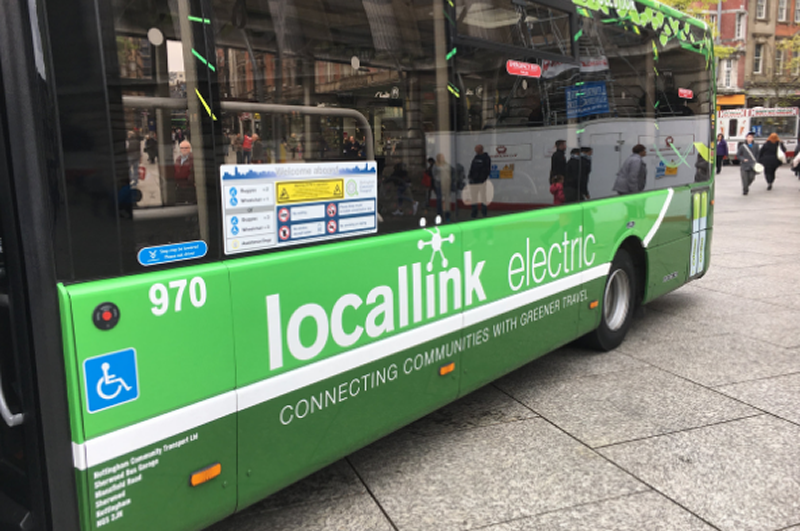 BUS UNION RMT has launched a petition calling for a reversal of Nottingham City Council’s proposals to cut £700,000 from the annual funding for the City’s Linkbus Network, which is operated by the bus operator CT4N, and serves a number of routes throughout Nottingham. The cuts will mean that a number of vital routes will be withdrawn or altered.

The union is calling on Nottingham City Council to withdraw the proposed funding cuts and to commit to ensuring that all Linkbus services and jobs are permanently protected.

RMT is also calling on the Government to ensure that its long-awaited National Bus Strategy guarantees that all Local Authorities are provided with sufficient ring-fenced national funding so that the UK’s bus network can be protected and expanded.

A consultation on the proposed Linkbus cuts is open until 21st February, while the draft budget, which includes the proposed cuts to the Linkbus network, is being reviewed by the Council on 8th March 2021.

“RMT firmly believes that the proposed cuts to Nottingham’s Linkbus Network would remove vital transport links throughout the community and be particularly detrimental for the elderly and disabled passengers that rely on these services.

“Local bus services prevent social isolation and are a sustainable, low-carbon form of transport. Cuts to services risk pushing more people into cars, which would increase carbon emissions and worsen air quality and congestion in the City.

“The union has launched a petition calling on Nottingham City Council to withdraw these proposals.

“RMT understands the Council is experiencing financial pressures, but the proposed cuts to the Linkbus network are counterproductive and will hinder the City’s economic recovery from Covid-19.

“These proposed cuts must be withdrawn with a commitment that all jobs and services will be permanently protected. The Government’s long awaited National Bus Strategy must ensure that Local Authorities, such as Nottingham City Council, are provided with sufficient ring-fenced national funding that enables them to provide the bus services their communities require.”