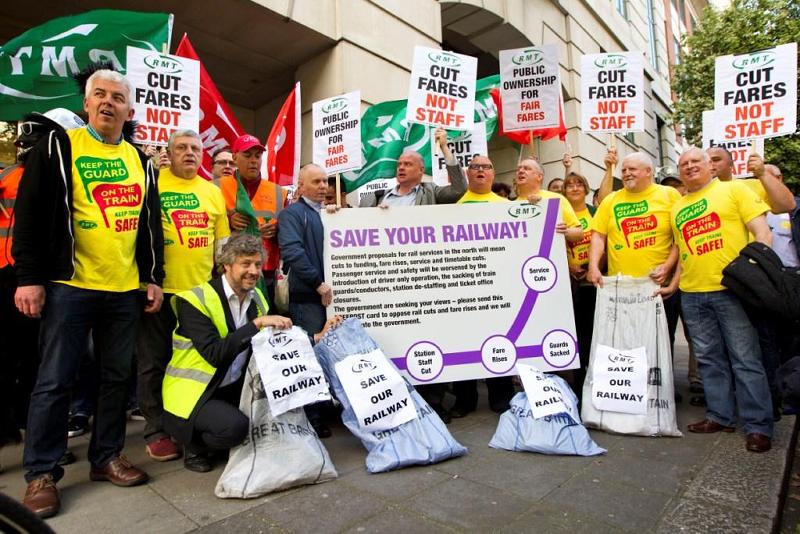 RAIL UNION RMT today stepped up the pressure in the on-going campaign against cuts to rail jobs and services bound up in the Government’s proposals for the future of the Northern and Trans-Pennine Express franchises as the organisation gears up for the lobby of parliament next week on November 4th.

RMT has also pointed out the rank hypocrisy of Government ministers talking up plans for an un-costed and vague proposal for a northern “HS3” service, light years off in the future, while at the same time their current franchise plans on existing routes would rip apart services, jobs and safety.

Next week, on November 4th, trade unionists from across the Northern and TPE, along with supporters from the community, will take their case against the franchise plans in a major lobby of parliament - details below.

“Next week we will be at Parliament taking on the sheer hypocrisy of Government ministers and their Rail North allies who are talking up grand and un-costed plans for HS3 while at the same time, in the here and now, they are driving through proposals that would decimate rail services and rail jobs across the whole of the North.

"The fight to stop the outrageous carve up of jobs and services under the Northern and TPE franchise plans is gathering pace by the day and is sending out the clearest possible message to the Government and Rail North that they need to scrap this attack on transport services. On November 4th we will be taking that message to Parliament in a major lobby of the politicians who can halt this scandalous assault on the North in its tracks.