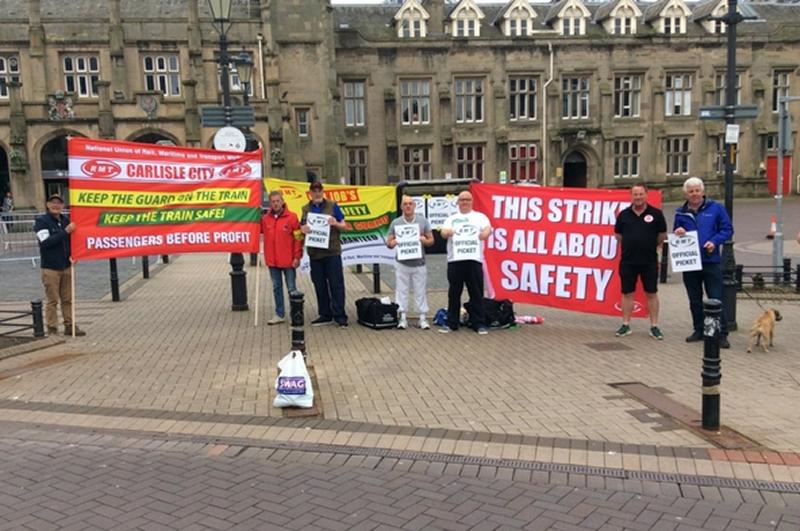 RMT strike action over safety and access solidly supported on Northern and Merseyrail this morning.

"Once again RMT members are standing firm in the fight for safe and accessible rail services this morning. The action in the two separate disputes on Northern and Merseyrail is being solidly supported across all routes in the battle for safe railways for all.

" Despite relentless campaigns of threats and intimidation RMT members are out on the picket lines this morning putting the basic principal of rail safety before the profits of the rogue rail operating companies.

"Both Northern and Merseyrail should get out of the bunker, stop doing the bidding of their political masters and start talking seriously with the union about a safe and secure future that guarantees the role of the guard on their trains."