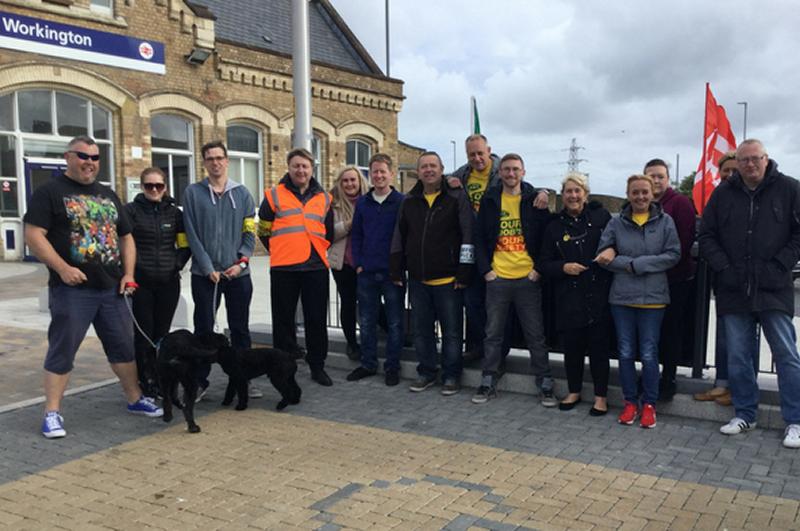 "RMT members on Northern Rail stand rock solid and united once again this morning in this long running dispute which is ‎about putting public safety and access before private profit on our railways.

"RMT is angry and frustrated that while we are making some progress in discussions in similar safety disputes‎ Arriva Rail North refuse point blank to engage with the union in any meaningful fashion. That is a disgrace and speaks volumes about the attitude of this company.

"Northern is an outfit that has chosen to declare war on passengers and staff alike through their profit driven incompetence and we are proud that RMT members are standing up for safe and accessible rail travel for all in this week's action.

"It is ludicrous that we have been able to negotiate agreements in Wales and Scotland that lock in the guard guarantee but we are being stopped by German-owned Arriva from reaching the same settlement across the North of England. ‎ I am challenging the company today to get their heads out of the sand and get back round the table.

"RMT members at Arriva Rail North have shown extraordinary resilience and determination in the fight for rail safety and we thank the public for their continuing support and understanding."