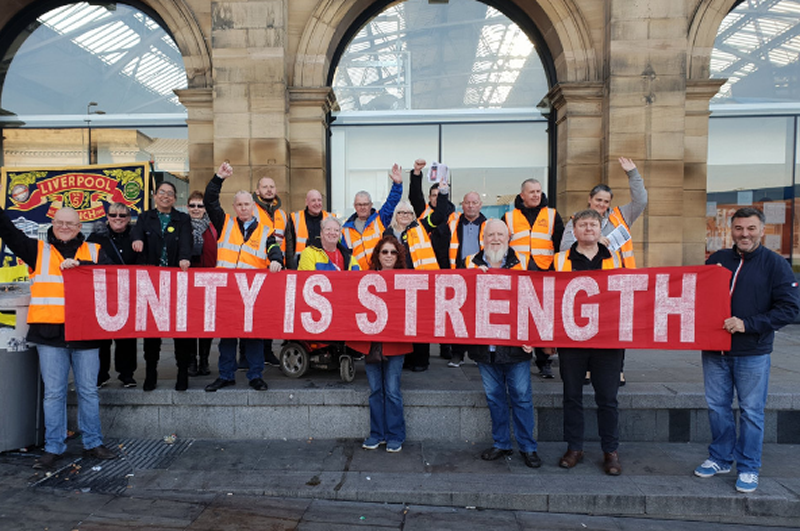 General Secretary Mick Cash said;
" RMT members are standing united and determined again this morning on Northern Rail on the 32nd day of action in the continuing fight for safety, security and access on our trains. Their resilience is a credit to the trade union movement and the communities that they serve.
"We are angry and frustrated that the company continue to refuse genuine talks that could work out a deal that underpins the guard guarantee and which matches the best practice across the rail industry.
"‎RMT members remain absolutely resolute in the campaign for a safe, secure and accessible railway for all while the German owners of the company are quite happy to take a reckless gamble with pass‎enger safety."
“No guard on the trains, combined with the de-staffing of stations, is a toxic cocktail that gives the criminals a free hand on Britain’s violent railways.
"While other train companies are rolling out body worn cameras Northern are getting rid of the bodies themselves, the guards. That alone reinforces the dangerous stupidity of Northerns position and it is one that the union will never accept.
"Once again we thank the travelling public for their support and understanding throughout this long dispute and we challenge Northern Rail to get back round the table for genuine and meaningful talks."
Ends