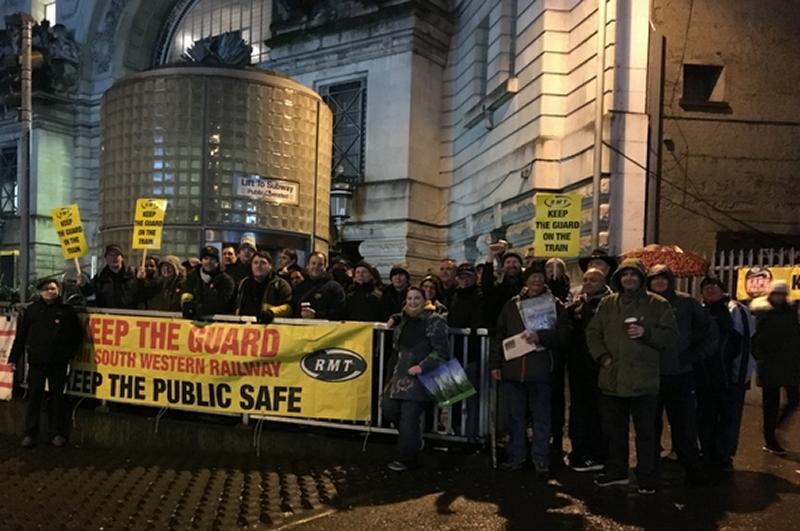 RMT strike action solid in rail safety disputes this morning as Grayling continues to refuse to respond to call for summit talks.

"RMT members remain rock solid in each of the separate disputes across the country over rail safety this morning, on the final day of this phase of action, as we continue to fight to put public safety, security and access before the profits of the train operating companies.

"‎Earlier this week we wrote to Transport Secretary Chris Grayling calling for summit talks under an independent chair to break the deadlock in these long-running disputes. He has refused to respond but managed to take time off during his busy schedule this week to stand up in Parliament to defend to the hilt Britain's rip-off private rail companies. His lack of interest in rail staff's concerns for passenger safety is a disgrace.

"It makes no sense at all that we have been able to agree long-term arrangements in Wales and Scotland which secure the guard guarantee and which underpin the basic principles of safety, access and security for the travelling public. If that rail safety guarantee is right for Wales and Scotland then it must be right for the rest of the UK."