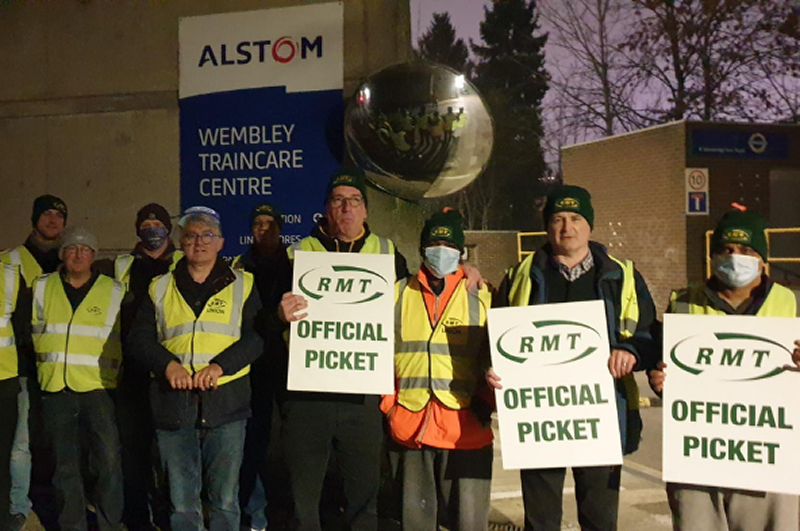 RMT suspends latest phase of strike action on Alstom West Coast and Chester engineering due to start tonight to allow for escalation of pay battle.

RAIL UNION RMT confirmed today that it has suspended the latest phase of strike action on Alstom West Coast and Chester engineering due to start tonight to allow for an escalation of the battle against a pay freeze and to work jointly on the campaign with sister unions. A ban on rest day and overtime working remains in force as the union plans the next stage of the pay fight in the new year.

Alstom provide and maintain the West Coast Pendolino trains, as well as the Transport for Wales 175 fleet, and their latest global trading figures show that the company as a whole made pre-tax profits of €263 million in the six months to the end of September this year – as well as purchasing Bombardier in a multi-billion Euro deal – nailing the lie that they cannot afford a pay increase for the hard-working key staff who have kept services running throughout the COVID pandemic.

“I want to pay tribute to our members who have stood rock solid in this fight for pay justice from the wealthy global operator Alstom.

“To try and railroad through a pay freeze when the company’s own accounts show that they are awash with cash is nothing short of a scandal.

“We will now have time to plan the next phase of the campaign with our sister unions and jack it back up in the new year. "