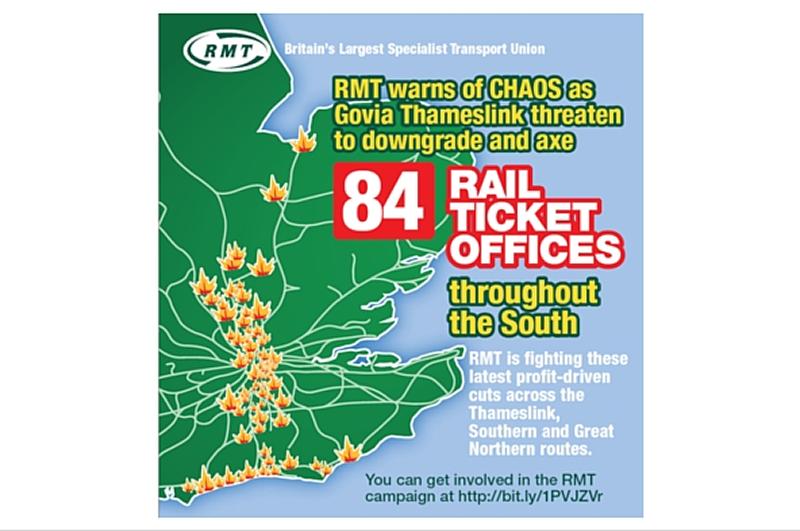 RAIL UNION RMT confirmed today that it has suspended strike action involving station staff on Govia Thameslink scheduled for next Wednesday after significant progress was made in talks held at ACAS yesterday. Strike action in the separate dispute on the Southern part of the franchise over safety and the future role of guards goes ahead as planned next Wednesday and Thursday as the company continue to refuse to engage in genuine talks without preconditions.

The core elements of the agreement in the ticket offices and station staffing dispute are as follows:

“It is a testament to the solidarity and determination of our station staff members on Govia Thameslink that we have been able to achieve significant progress in the talks at ACAS that have enabled us to suspend next week’s action. The leverage from the vote for strike action has been pivotal in securing the package of measures that will protect jobs, safety and the services we deliver to the travelling public.

“The separate dispute on the Southern section of GTR over guards and safety remains unresolved and the strike action involving our members next week goes ahead as planned. The union will be focussing all of its efforts on supporting this safety-critical group of members as they continue to fight for safe, secure and accessible services for all.”