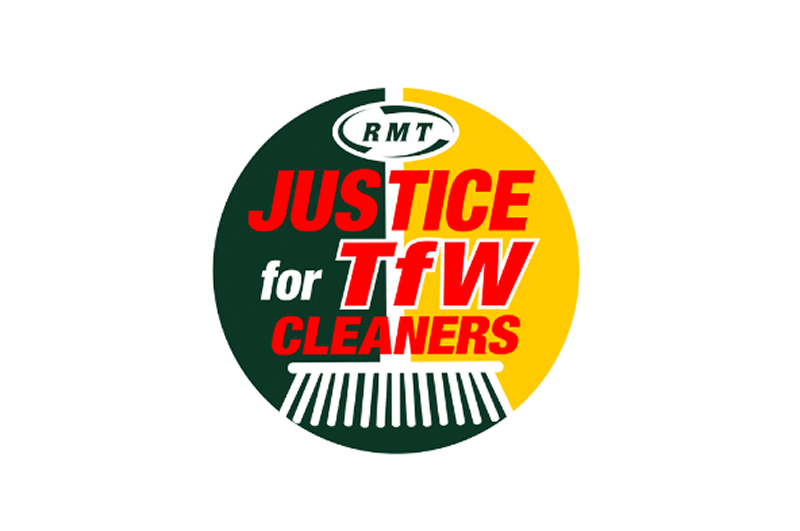 RMT to ballot for action from next week as Transport for Wales does the dirty on its cleaners.

RAIL UNION RMT has announced it will balloting Transport for Wales cleaners for action from next week over the company reneging on their commitments to bring harmonisation of workplace terms and conditions to all cleaners within the company.

In addition to balloting for action RMT will be launching a wider campaign highlighting the appalling actions of this publicly owned company under the ownership of the Welsh Labour Government.

“RMT is balloting cleaners for industrial action after Transport for Wales went back on its word when it had committed to negotiate the alignment and harmonisation of Cleaners carrying out duties within Wales and the surrounding areas.

“Despite TfW offering some initial promising commitments, negotiations have been slow and no meaningful proposals have been tabled by the company.

“Our members have run out of patience with the company’s persistent delaying tactics which maintains a two-tier workforce.

“Cleaners play a vital role and their commitment has made the services safe to run throughout the covid pandemic. It is an insult to their hard work over the last 18 months that the promised ‘day one’ improvements have still not been implemented, leaving our members on inferior contracts.

“This disregard for cleaners is something that the union cannot and will not tolerate, they will not be alone in their fight and we will be launching a wider campaign to support them in their fight for justice.”