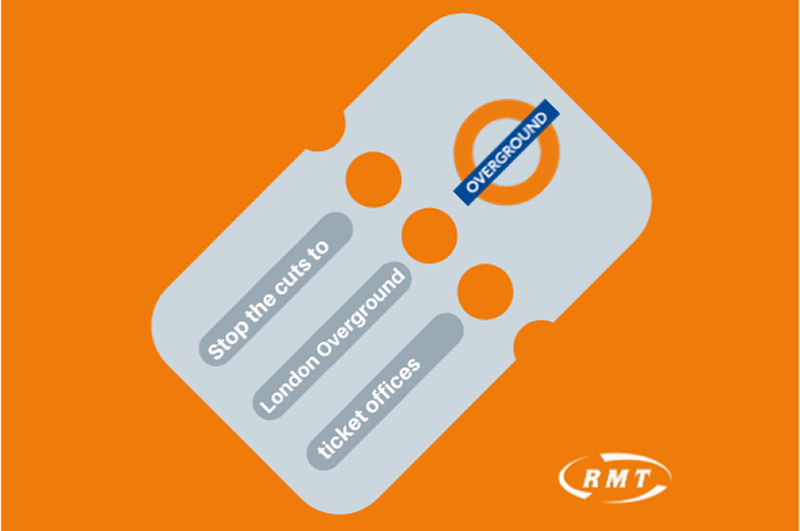 RAIL UNION RMT confirmed today that balloting will begin on Friday on Arrival Rail London for strike action and action short of a strike to resist an all-out assault on ticket offices.

The union has been campaigning against plans to axe Overground ticket offices for the past two years and although the initial plans were pushed back the union has now accused ARL and TFL of trying to smuggle through a closure programme by stealth.

Just today the union has received confirmation from the company that revised ticket office hours will be implemented at Bruce Grove and South Action. Additionally the temporary closures at Stamford Hill and Theobalds Grove, which were in place while the review was being conducted, will now be permanently closed. These changes will be implemented in just a few weeks with a further roll out in other locations towards early in the new year.


“We are kicking off the ballot this week to make our members voice is heard over these outrageous proposals which would wreck passenger services across London Overground with the closure programme kicking in before Christmas.