RMT to demonstrate today over £1.64 per hour poverty pay 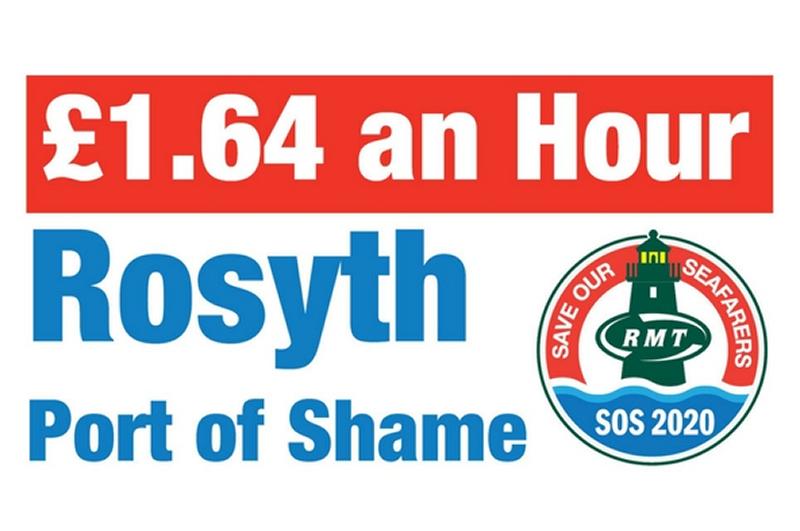 RMT to demonstrate today over £1.64 per hour poverty pay at Rosyth Port.

MARITIME UNION RMT is holding a demonstration today over poverty pay on Scotland’s only roll-on roll-off freight link to Europe.

The Lithuanian-registered Finlandia Seaways, DFDS freight service operates between Rosyth and Zeebrugge in Belgium, employ Lithuanian seafarers on the vessel on rates of pay as low as £1.64 per hour in 2015, well below the National Living Wage of £7.20 per hour.

The demonstration will take place on  Friday 27th January from midday outside the office of Douglas Chapman MP at 1 Douglas Street Dunfermline KY12 7EB.

“The Scottish Transport Minister has already taken welcome steps to end exploitative practices by Seatruck on vessels working the Aberdeen to Orkney and Shetland routes. RMT now call on the Scottish Government to take action to tackle all ports of shame in Scotland – starting with Rosyth.”

Rosyth Port of shame by Andrew Brattle on Scribd