RMT to fight jobs cull across the rail industry 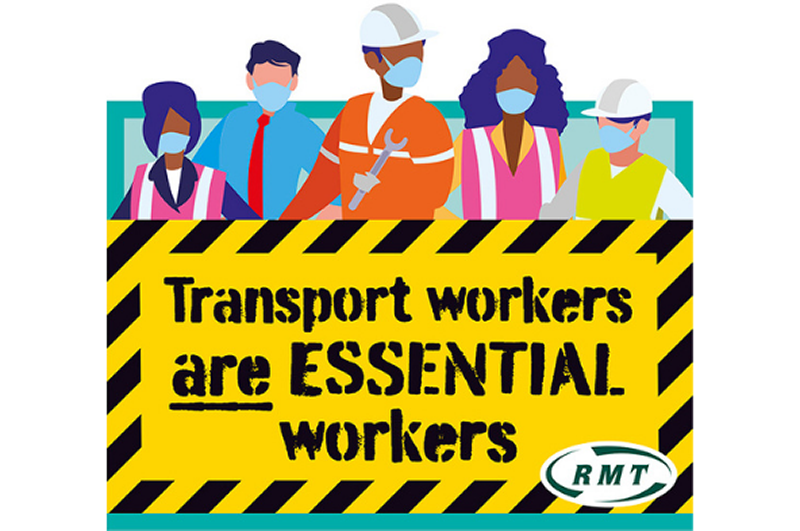 Main rail union to fight jobs cull across the industry.

MAIN RAIL UNION RMT said today that it is to fight a wholesale jobs cull across the industry that is expected to kick off next week.

RMT's executive has committed to a campaign of opposition to proposals that it says would decimate the industry at a time when it needs to be building for the future as we emerge from the COVID pandemic and which would seriously compromise rail safety as key teams and functions are diluted and taken apart.

“Network Rail and the Train Operating Companies are seeking to move ahead with a jobs cull in the rail industry which seeks to take advantage of the COVID crisis to deliver a devastating short term cuts agenda on rail on behalf of the Government.

“RMT entirely condemns this approach which will commence even before there have been any real discussion with the trade unions on the employer’s proposals for the future of the industry. They are seeking to get the job cuts in first and organise the industry after. The idea that we would sign up to this cavalier and dangerous approach is clearly nonsense.

“The employers are expected to begin offering this scheme directly to staff in Network Rail and the Train operators to induce them to sell their jobs on a basis and process that they decide for themselves, according to their perception of their business needs and their desire to implement job cuts and cost reductions.

“RMT's NEC does not accept or endorse this employers job cuts scheme, which is directly funded by the Government in pursuit of their objective of stripping out thousands of jobs from the rail industry. The scheme they are using does not even meet the standard of our existing agreements on reorganisations and flies in the face of our usual processes.

“RMT is prepared to campaign and fight, including through industrial action if necessary, to save jobs and resist a drive towards compulsory redundancies as we protect our members pay, conditions, pensions and safety standards.”