RMT to go ahead with ballot of Paddington depot members 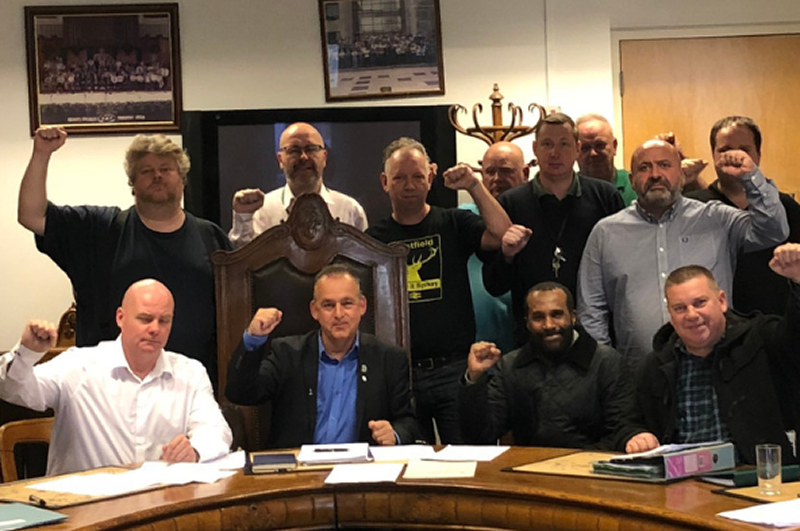 RAIL UNION RMT will ballot all guards and drivers at Paddington Depot for strike action and action short of a strike over the victimisation and decision to sack Great Western Railway (GWR) rail guard and union activist Ben Frederick.

Frederick has been sacked following a disciplinary hearing this week after he was assaulted at Evesham Station by a member of the public while working his train as a guard (train manager) on Saturday 11 August 2018.

He reported the attack to his employer (GWR Duty Control) and to the British Transport Police (BTP) on the same day. He was told that the BTP would contact him to take a statement but this has never happened.

Subsequently, on 5 September 2018 Brother Frederick was suspended from duty by his employer pending investigation of an allegation that he had assaulted a member of the public on 11 August. He has been suspended for over a month in breach of GWR’s own guidelines and agreement with RMT that investigatory suspensions of staff should not exceed 28 days.

CCTV footage shown by an investigating manager to Frederick clearly shows the member of the public carrying out an assault by spitting at him and hitting him with a mobile phone. He was also verbally abused by the same person using racist insults.

No complaint against Brother Frederick has been received by GWR from the member of the public and it appears that the employer has instigated the current investigation and sacking of our member, who is a highly regarded union activist and health and safety officer.

“Ben Frederick is a victim of a vexatious and false allegation, which has been cooked up by managers with a grudge against an active trade unionist and is evidence of GWR management’s malign incompetence and failure to carry out the company’s own procedures in relation to members of staff assaulted at work in the course of their duties.

“GWR is failing to protect our members who are in the frontline of dealing with members of the public, pays lip service to its duty of care for staff assaulted at work and fails to adhere to its own Violence at Work policy.

“We have been left with no alternative but to ballot our Guards and Drivers at Paddington depot for strike action and action short of a strike.