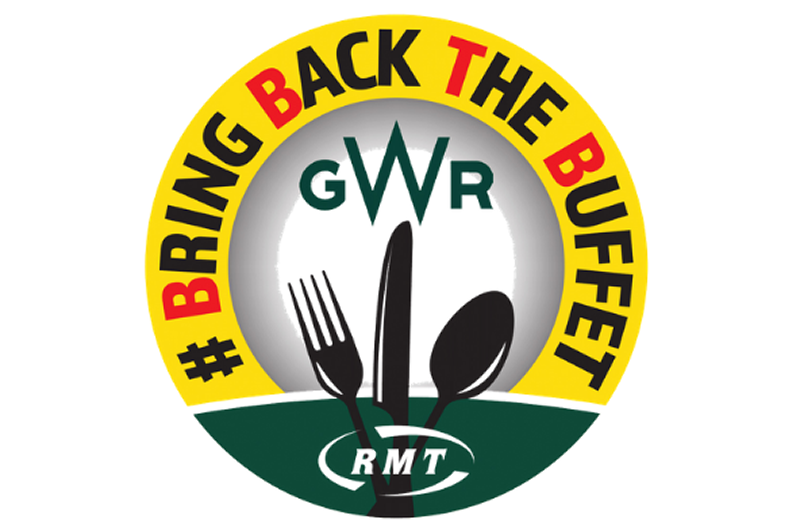 RMT to hold events in Swansea, Plymouth and London on Monday in support of "Bring Back The Buffet" campaign on GWR

RAIL UNION RMT has confirmed that it will be holding events at Swansea, Plymouth and London Paddington stations at 7am on Monday the 13th of May in support of a union campaign to Bring Back The Buffet on Great Western Railway services.

Great Western Railway (GWR) has removed the buffet car from all of its new Intercity Express Trains, which serve routes from London to Wales and the South West – a move which RMT always argued was a retrograde step. There removal has impacted on the passenger experience by removing the option of a proper catering service. The buffet car also acts as a point of safety and contact.

The events on Monday 13th May will link up workers along the GWR routes who are demanding that the buffet car be reinstated and that the staff who work in the catering grades are properly valued and respected. RMT will be rolling out the #BringBackTheBuffet campaign on a national basis with GWR the starting point for a national drive that will put rail catering, and rail catering staff, centre stage.

RMT General Secretary, Mick Cash said:
“The axing of the buffet car on Great Western Railway was a cash-led move that was all about maximising profits at the expense of the traveller. RMT’s Bring Back The Buffet campaign will set out to right that wrong.

"RMT catering members are an integral part of the rail team and they deserve respect and support.

"For too long catering services on the railway have been seen as a soft touch for cuts. No longer. RMT's #BringBackTheBuffet campaign will put catering on the railway centre stage, where it belongs."
Ends.