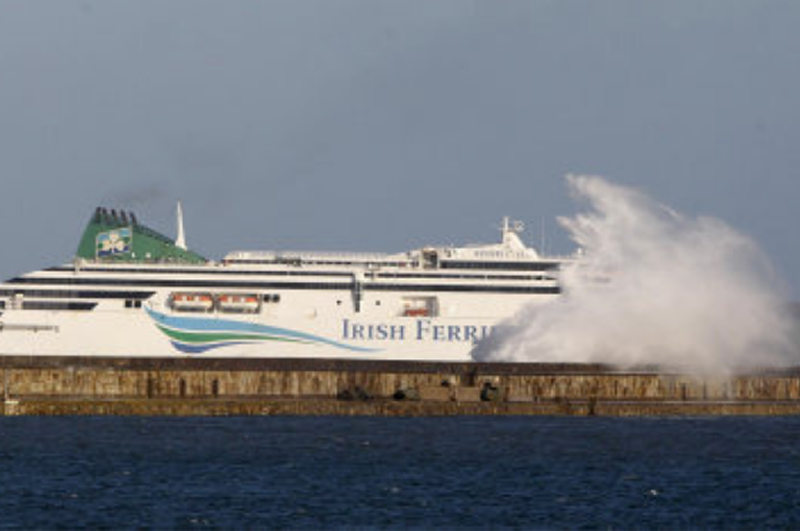 As part of maritime union RMT’s campaign for more jobs for domestic ratings on the Irish Sea the union is holding a Day of Action against Irish Ferries on Monday 26 November with a protest as follows:

The union has obtained evidence that a Latvian Ordinary Seaman is paid a basic €5.51 per hour by Irish Ferries. RMT members will target the 14.10 sailing to loudly raise the need for pay justice and trade union recognition at this company which is a major threat to the long-term job prospects of Irish and UK Ratings. Ahead of the arrival of the new ‘super ferry’ W.B. Yeats on the Holyhead-Dublin route, this action is vital to raise public awareness of Irish Ferries’ anti-trade union policies.

The W.B. Yeats has been bedevilled by technical and other problems which have delayed its introduction by over four months to date. Current speculation is that the vessel will arrive for work on the Holyhead-Dublin route in mid-December. Whenever it arrives, RMT members will be ready to swing into action to raise the profile of Irish Ferries’ damaging and exploitative crewing practices.

“On Monday the union will be taking the campaign for decent jobs on decent pay and conditions right to the heart of the Irish Ferries operation at Holyhead Port.

“Our fight for pay justice and trade union recognition from these ferry operators is stepping up and we are sending out the clearest possible message to those behind exploitation and union busting in the maritime sector that we are coming for them.”