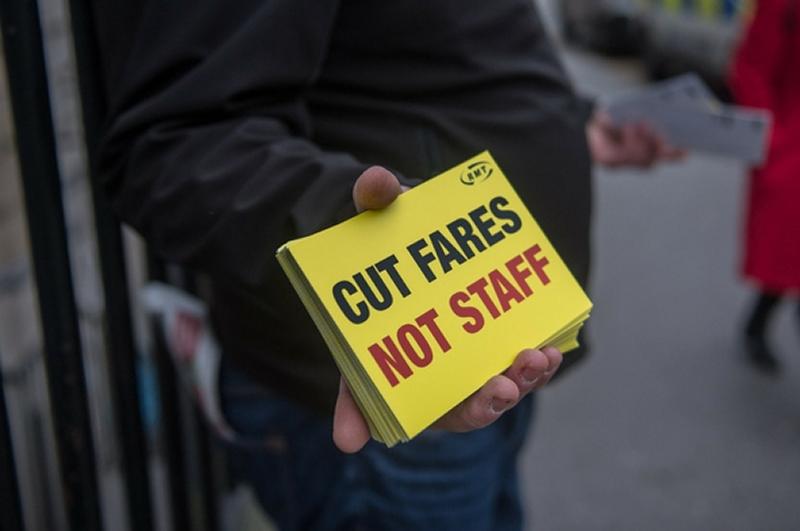 Rail union RMT will holding a series of protests on Wednesday 14th August, the day that the increase in rail  fares on Britain’s railways is announced.

In London a demonstration will take place at Kings Cross Station; other locations include Birmingham, Edinburgh, Liverpool, Manchester and Bristol.

In total over 30 stations will see RMT activists and supporters calling for a publicly owned and nationally integrated railway, which is not focused on draining profits from the system, and would mean revenue could be reinvested in the network and make fares affordable for all.

Rail fare protests will be taking place at the following locations on Wednesday 14th August:

“RMT activists and supporters will be calling for our railways to be run as an affordable and accessible public service and not for private profit. Every year, millions of pounds are siphoned out of the system as private shareholder profit rather than being reinvested in the network.

“Only 10% of stations are fully staffed but yet UK passengers pay some of the highest fares in Europe.

“Thie increase announced this month will only serve to make the rail network less affordable and accessible for the travelling public. Privatisation is at odds with a sustainable rail network – we need a publicly owned and nationally integrated railway now.”