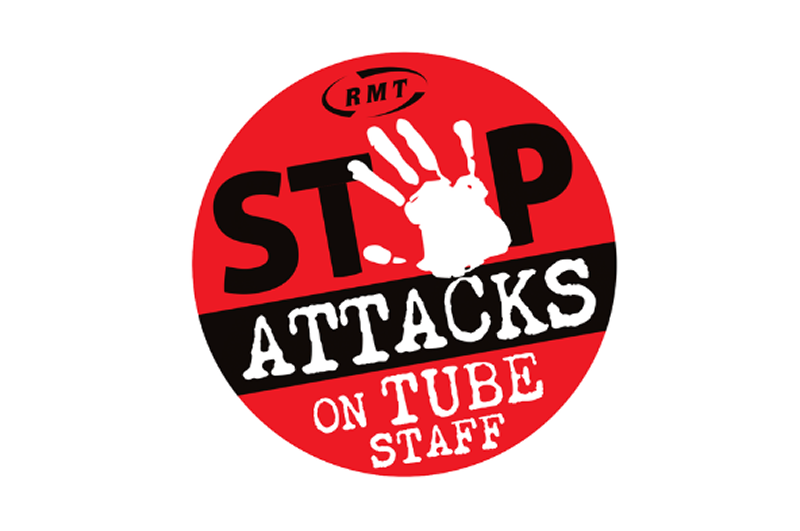 RMT to hold protest against workplace violence on London Underground

London Underground union RMT will be holding a demonstration tomorrow outside Transport for London’s offices as part of its campaign to highlight the company’s continuous failure to take proper steps to address the issue of workplace violence faced by London Underground station grade members.

The protest will take place on Tuesday 21st January 2020 between 13.30-15.30 to coincide with the next meeting of the LUL Workplace Violence Group at Palestra House, 197 Blackfriars Road, London SE1 8NJ.

The demonstration is part of RMT’s campaign to fight for a safe workplace by ending lone working, to demand that all existing Revenue Control Inspector vacancies be filled and to carry out an audit of all stations to ensure safe staffing levels.

RMT members will also be opposing the creation of a new revenue grade on inferior terms and opposing the deployment of non-LUL staff on LUL infrastructure.
RMT General Secretary Mick Cash said;
"There is an epidemic of violence and crime on London Underground borne out by all the statistics and it is RMT members in the front line without the staffing resources and back up that they need to deal with this appalling situation.
"RMT is launching a new campaign that will put safety and security of both our members and the travelling public on London Underground centre stage. ‎Be under no illusions, RMT will take whatever action, including industrial action, to guarantee a safe working environment for our members and to protect their status and conditions against this background of violence."