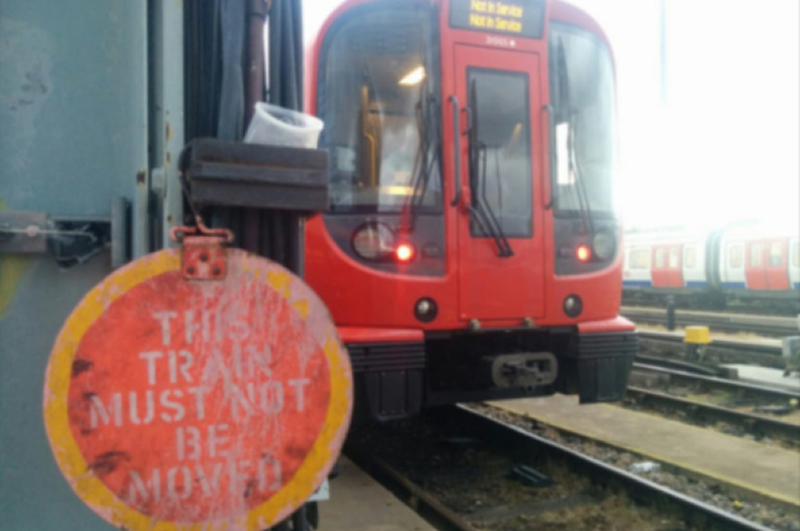 ON THE EVE of the three day strike by over a thousand safety-critical London Underground fleet staff over lethal cuts to train preparation and inspection frequencies, tube union RMT will be taking a protest to London Mayor Sadiq Khan at City Hall demanding immediate action to pull back the attack on a safety-culture that has been built up over decades.

The RMT protest will take place at 0900 at City Hall on Thursday 16th May with the strike action beginning at 0700 the following day at fleet depots across the whole of Greater London.

The RMT members will be striking against wholesale cuts to train preparation, inspection and maintenance that would mean:

*Testing on brakes, doors, lighting and safety-critical emergency equipment no longer done on a daily basis with reductions of up to 97% in the frequency of these tests.

*Cuts being proposed despite the fact that trains on some lines approaching 50 years old require MORE testing, not LESS.

*Cuts to the established, tried and tested safety inspection regime being made despite the fact that London Underground are making profits of £800 million.

RMT has made every effort to engage London Underground in talks but the company refuse to listen and are hell bent on pressing ahead with their damaging and dangerous plans and leaving the union with no option but to strike.

“If RMT doesn’t take action tube bosses will bulldoze through a package of damaging and dangerous cuts to tube inspection and preparation frequencies with disastrous consequences. This trade union will not stand back while London Underground play fast and loose with a safety culture that has been built up over decades.

“We are talking about safety equipment, brakes, doors, lighting and other inspections that are absolutely fundamental to the safe operation of the tube fleet.

“Sadiq Khan is not only London Mayor but he is also chair of Transport for London and the RMT message to him is “no Tory cuts under a Labour Mayor” and he needs to wake up to the plans that are being unrolled on his watch before it is too late.

“RMT will be attending ACAS talks on Friday but our campaign and our action remain on as we seek a solution that will guarantee safe operation into the future.” 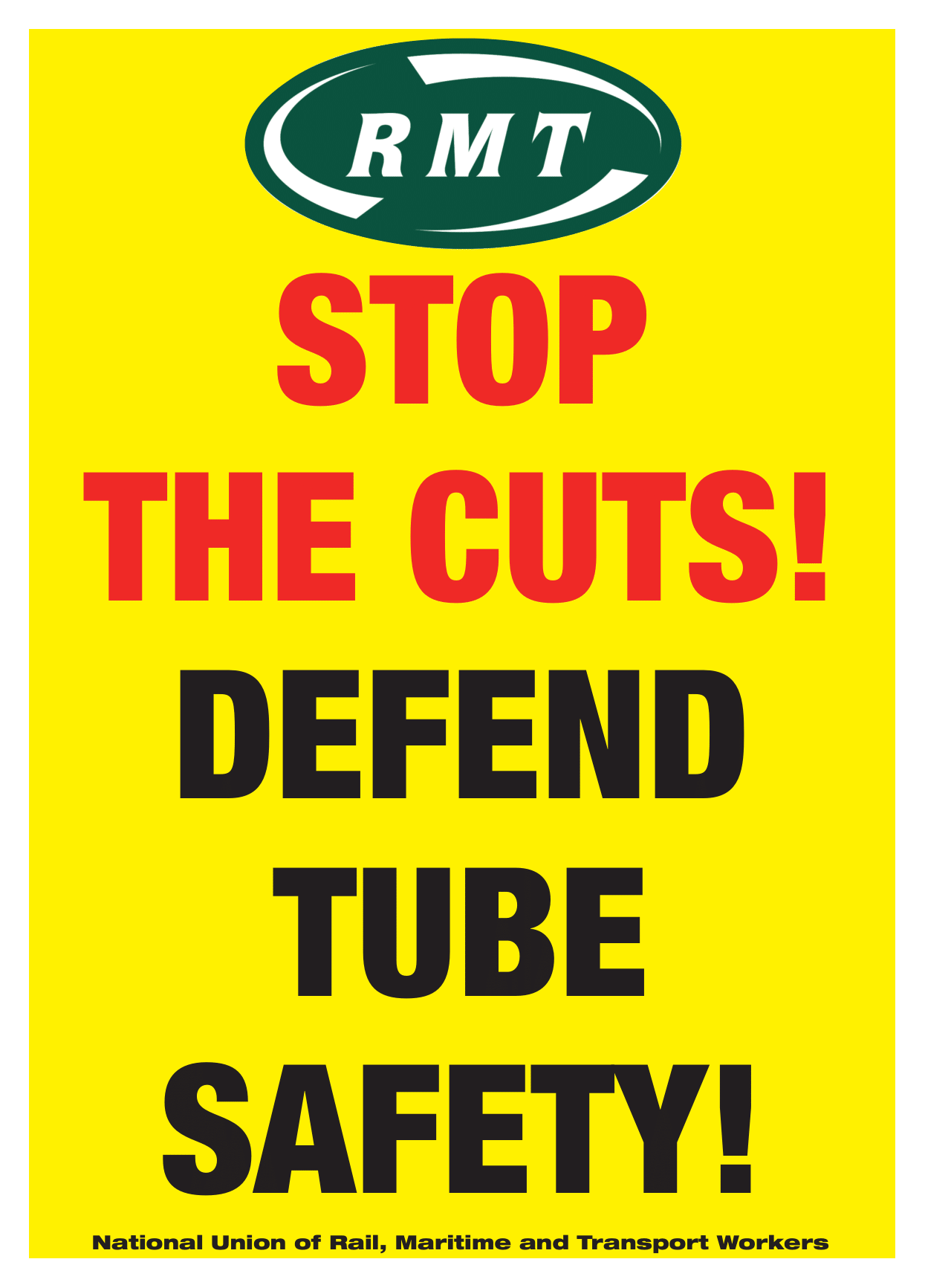 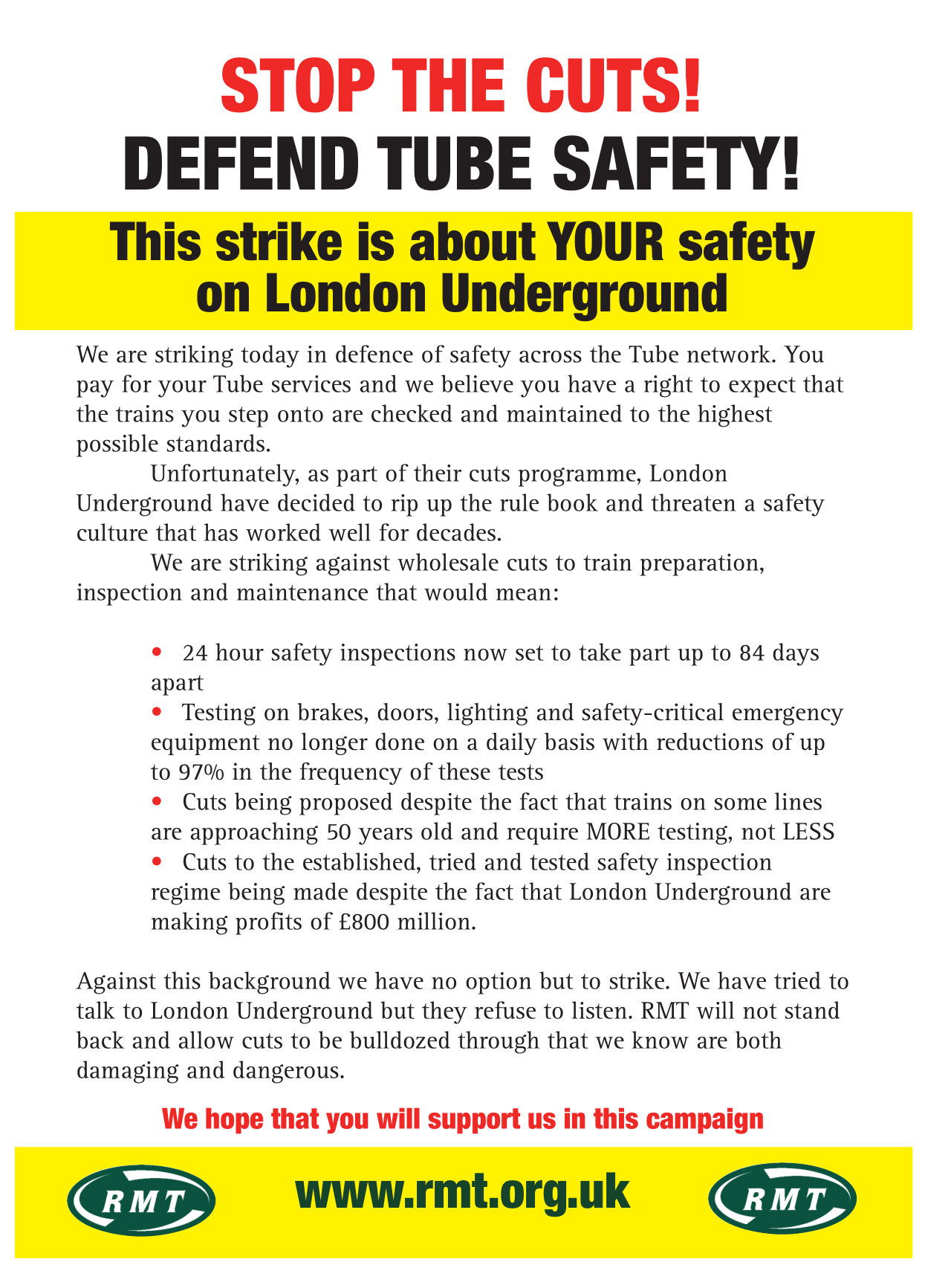