RMT to lobby Merseytravel tomorrow over threat to guards 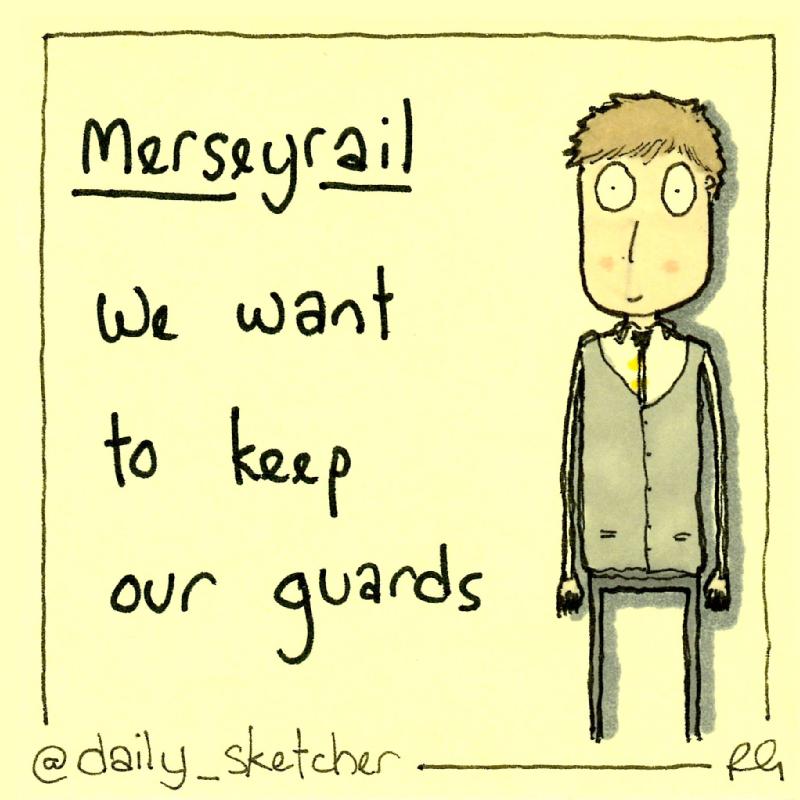 RMT recently launched a public campaign to protect the jobs of Guards on Merseyrail and the union has written to nearly 400 Councillors and MPs across the whole of Merseyside to also raise our concerns over the threat to the Guards. The political phase of the campaign is drawing in substantial support.

JOIN THE CAMPAIGN TO SAVE YOUR GUARD The threat by Merseytravel to abolish guards and introduce Driver Only Operated Trains is only part of the wider attack on rail services in the North of England. But the opposition is growing. Write or email to ask Merseytravel to think again and KEEP YOUR TRAINS SAFE.

The union is also distributing thousands of campaign postcards at stations to send to Councillor Liam Robinson (Chair of Merseytravel) to ratchet up the pressure.

As the campaign gathers momentum RMT will be lobbying the next committee meeting of Merseytravel  tomorrow, the 4th February,  at 13.00 at 1 Mann Island, Liverpool L3 1BP, Merseytravel Head Office. RMT is expecting a strong public display of support for the Merseyrail guards fight both amongst the public and the rail staff across the region.

“RMT is wholly committed to defending the jobs and the role of the safety-critical guards on Merseyrail and the union will continue to step up the pressure in this campaign.

“RMT is lobbying Merseytravel as we expect them to take note of the weight of public opinion and to reject the plans from Dutch state-owned outfit Abellio to drive through the axing of our guards at a time when everyone knows trains and platforms are dangerously overcrowded and safety is paramount.”