RMT to protest outside London’s City Hall next week 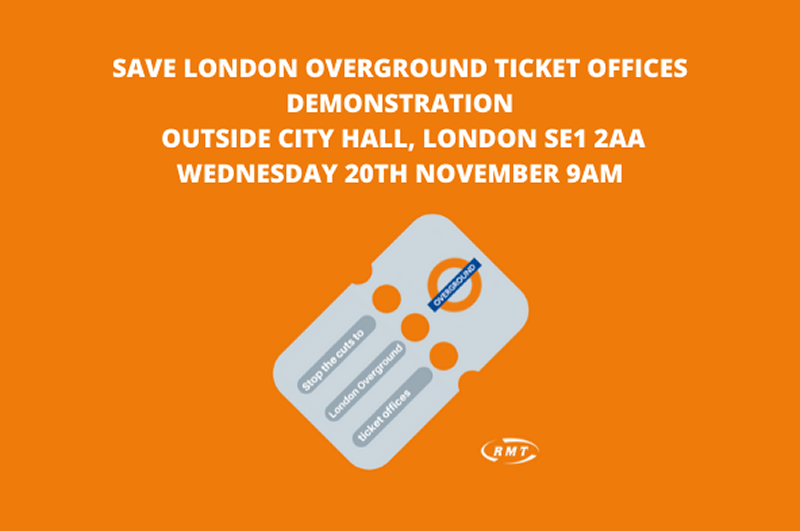 RAIL UNION RMT will be demonstrating outside City Hall next week over plans to decimate ticket offices and their opening hours across the Arriva Rail London operation with dire consequences for safety, service and accessibility.

The protest will take place at 9am on Wednesday 20th November outside City Hall, SE1 2AA, London.


RMT members will be demonstrating prior to the Mayor Chairing a TfL Board Meeting at City Hall at 10am.


The union has been campaigning against plans to axe Overground ticket offices for the past two years and although the initial plans were pushed back the union has now accused ARL and TFL of trying to smuggle through a closure programme by stealth.


RMT is also balloting its members on London Overground for industrial action over the proposed cuts.


“We are taking our protest to City Hall ahead of next Wednesday’s TfL meeting to make our voice heard over these outrageous proposals.