RMT to take fight over tube cuts to City Hall 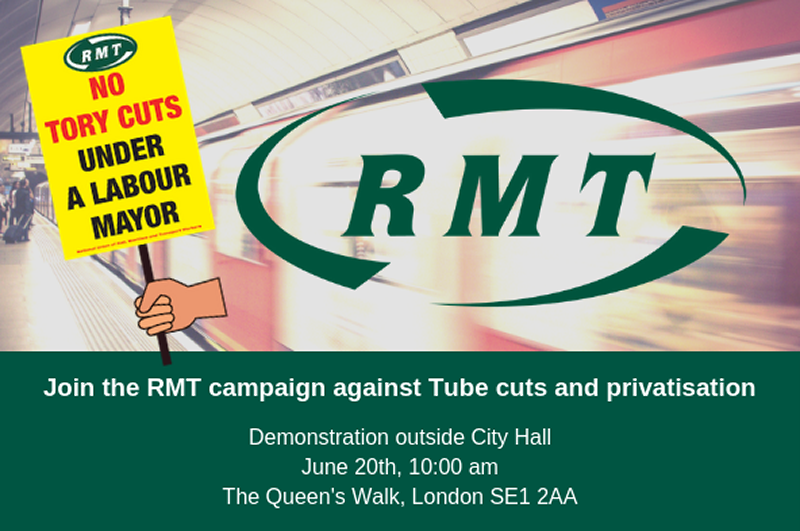 TUBE UNION RMT will be taking the fight over tube cuts and privatisation direct to the front door of London Mayor Sadiq Khan at City Hall in a protest tomorrow.

The protest - at 10am outside City Hall on Thursday 20th June - will demand “No Tory Cuts Under A Labour Mayor” and will shine a spotlight on planned privatisation and job cuts being cooked up by tube bosses under the cloak of their "Transformation Programme".

RMT is already preparing a ballot over the transformation cuts and has made it clear that the union will use every tool at its disposal to force back the plans.

"Staff across London Underground are furious at the attempts to smuggle in a creeping programme of cuts and privatisation under the cloak of the Transformation Programme and the fact that this stitch-up in being rolled out under the watch of a London Labour Mayor is disgraceful. Sadiq Khan will be sent the message of “No Tory Cuts Under A Labour Mayor” in no uncertain terms tomorrow.

"RMT will not stand back while jobs and safety are carved up and services like waste collection are knocked out to the cheapest bidder. If we have to strike to stop these attacks then that is exactly what we will do."