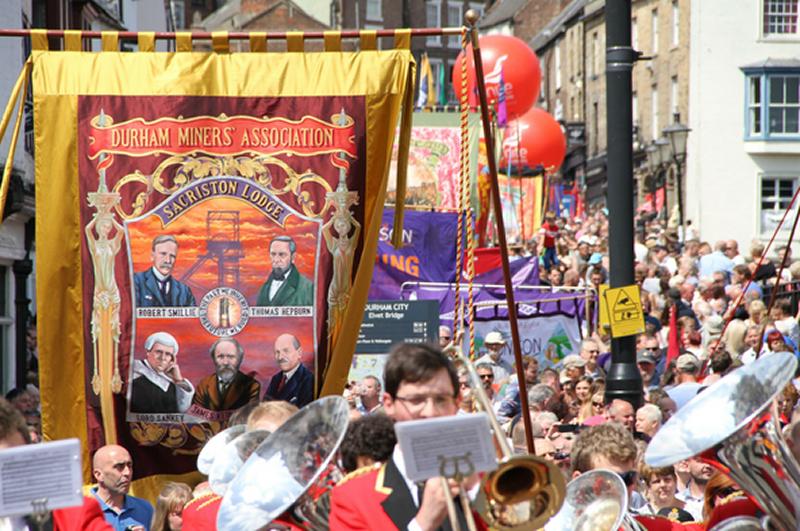 TRANSPORT UNION RMT will be taking the long-running Northern Rail guards campaign to the giant Durham Miners’ Gala this Saturday as the union continues to build public support in advance of the next phase of industrial action on Saturday 21st July.

RMT will have its customary stall at the Big Meeting where members, including Northern Rail guards, will be reinforcing the core message of putting public safety before the private profits of Arriva Rail North.

RMT General Secretary Mick Cash said:
“RMT always has a strong presence at the Durham Miners’ Gala which is a fantastic celebration of the work of the trade union movement and a chance to meet up with colleagues and friends from a wide range of industries and services.

“With the Northern Rail guards’ safety dispute now well into its second year, and with the next phase of action set for Saturday 21st July, the Gala is a perfect opportunity to thank the trade union movement for their continued support and to ask for help in keeping the pressure on for a solution that is underpinned by the guard guarantee.”

“With Northern planning to run nearly half a million trains a year without the safety-critical guard on board this is quite literally a fight for life or death as we seek to halt proposals that would compromise safety and access right across the franchise.”