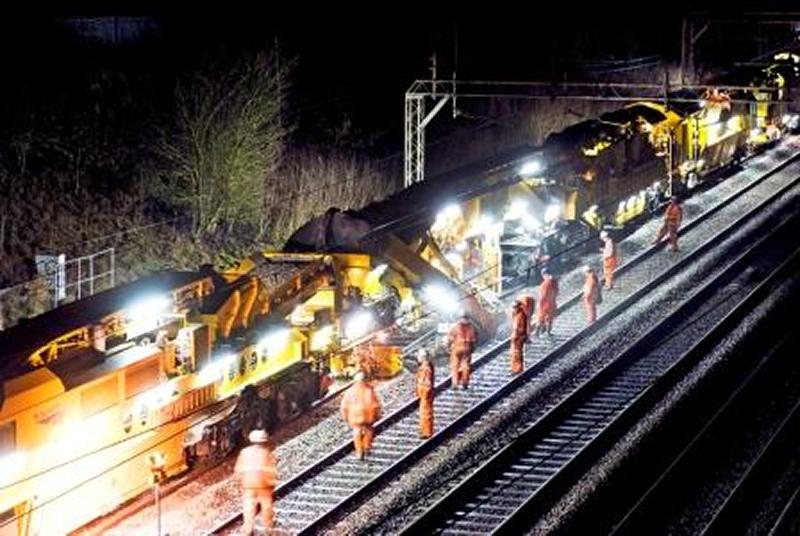 The union is recommending that members vote NO to reject the proposals which are summarised as follows.

17,000 RMT members are being balloted in all areas of Network Rail in the referendum and the union has made it clear that if members reject the offer RMT will automatically be placed in dispute with Network Rail and the workforce will then be balloted for industrial action.

Voting papers will be despatched to members home addresses from today, Monday 9th March 2015 and the referendum will close on Tuesday 24th March 2015. Subject to the outcome of the vote and a decision of the unions executive, RMT would have enough time to ballot and serve notice for any action in late April/early May.

In a separate set of negotiations, talks on pay across London Underground, which include pay arrangements for night time tube operation, have reached a critical point with the employers offering what amounts to a real-terms pay cuts alongside a pitiful, non-consolidate lump-sum offer for night working which RMT has rejected as wholly unacceptable and an insult to members working flat out to meet surging tube demand.

The union’s executive will be taking a report on the tube pay offer and all options for pursuing a fair and decent package remain open.

RMT General Secretary Mick Cash said:
“As far as we are concerned 0% in 2015 on Network Rail is a pay cut as it means that our members pay will not keep up with the cost of living. The travel offer we have received is nothing more than a card that can be purchased by any member of the travelling public, falling well short of our demand of free travel for all. In addition, we are extremely concerned that the “No Compulsory Redundancy” commitment only applies to the first year of the four year deal.

“RMT is in no doubt that this leaves Operations and Maintenance members extremely vulnerable, especially with the continued development of Rail Operating Centres and the on-going cuts programme at Network Rail. Having discussed this proposal with reps from across the country, RMT is strongly recommending members vote NO to reject this offer – a vote that would automatically place us in dispute and which would trigger a full, national industrial action ballot.
“Alongside this, the pitiful and insulting pay offer to London Underground staff has met with a furious response from our members right across the combine and RMT’s executive will be considering the next steps in pursuing a deal which properly rewards the workforce and all options remain open in that campaign.

“RMT remains available for talks and we hope that the companies will appreciate the anger amongst staff at the current offer on pay and conditions from Network Rail and London Underground and that they will both agree to our call to come back to the table with an improved package.”