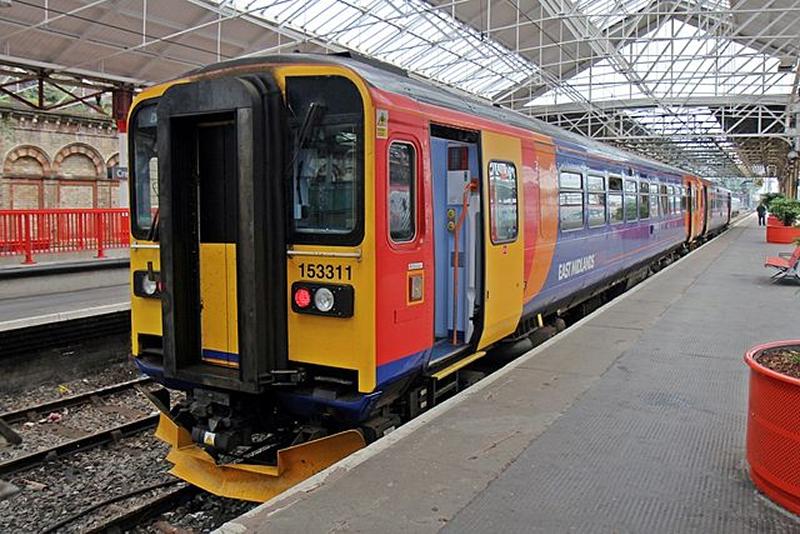 RAIL UNION RMT today warned of a looming pay dispute on East Midlands Trains as the company continues to drag its heels on a fair settlement for this year despite the board room being awash with cash. Staff on EMT should have had their pay rise in April and we are now in September. The company has offered  2.7% with proposed productivity strings, an offer branded “totally inadequate” by the union  and  well below the industry average agreed by similar train companies with no strings.

RPI inflation was 3.6% in July, the union is clear that any offer below that level means a reduction in staff living standards. RPI is the benchmark used to jack up passenger fares and it is only right and logical that it should therefore be the starting point for EMT staff pay negotiations.  Any dip below it means a real terms reduction in standards of living.

Through the hard work and commitment of staff East Midlands Trains made £31m profit in the last financial year. £10m was found to pay the company shareholders. The highest paid  EMT director over the last five years  has seen their own remuneration rise by 41.5% to a whopping £290,000. On the other hand all staff wages have increased by just 15.1% over the same period and they are now threatened with a further hit this year.

“All of the financial returns prove conclusively that East Midlands Trains is a company awash with cash. In these circumstances it is simply incredible that the company should seek to undermine and attack the pay and living standards of their own staff.

“RMT members have two choices. We can accept that the company, despite having made massive profits, can dish out a de facto wage cut . Or we stand firm and demand recognition for the fact that it is our members who generate the company profits and we can fight to secure a fair pay rise for EMT staff which offers dignity and respect. We choose to fight for pay justice.

“To this end RMT has begun preparations for a ballot for both strike action and action short of a strike if we are forced to go into dispute with the company after the 19th September when pay talks will resume. The ball is now in East Midlands Trains court and they can settle this matter in the next round of talks by coming forwards with a fresh offer that recognises the hard work of their staff and which protects and enhances their standard of living.”