RMT warns of loss of 1000 cleaning jobs on Tube 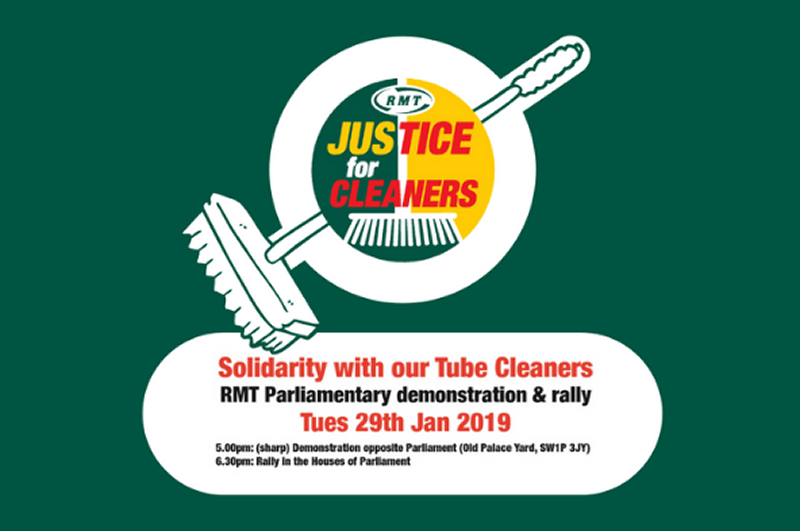 RMT warns of loss of 1000 cleaning jobs on London Underground.


When ABM initially took over the contract Transport for London’s s own press release said that there would be at least 2800 staff[1] and the company informed RMT that the new combined cleaning workforce consisted of some 2,800 to 3,200 people.


ABM have now informed the Union that the target figure for the entire workforce is 2,000. This means a one third cut in the Tube cleaning workforce.


Tube cleaners will be lobbying MPs in the New Year asking that they support the campaign save London Underground cleaning jobs. The lobby will also be demanding equal conditions for London Underground workers and for all cleaning to be brought work in-house.


“I am writing to raise my concerns about a massive cut in Tube cleaning staffing levels on the London Underground.


“As you know Tube cleaners work in dirty and hazardous conditions, frequently through the night time and other unsocial hours to keep the Capital’s Underground network clear of obstructions and in a hygienic condition.


“RMT, and indeed a number of MPs,[2] have already expressed the view that this outsourced cleaning work be returned in-house as soon as practicable… we have also expressed concern that Tube cleaners are being treated less favourably compared to other workers who work on the Underground including inferior sick pay, holidays, pensions and travel facilities.”


“Now on top of this the RMT have been told by ABM that there is to be a one third reduction in cleaning workforce… This raises serious concerns about the quality and frequency that will be undertaken in the future but also means that the same amount of cleaning work for the whole of the Tube is expected to be done by about a third less staff which will hugely add to the numerous pressures already endured by our cleaners.


“I hope you would agree that such a high profile, world famous public service as the London Underground should be leading the way in providing decent working conditions for all staff instead of allowing the most vulnerable workers to be exploited in this way. I would therefore be grateful if you could urgently investigate this matter and confirm that tube cleaning staffing levels will be in the 3000 region as originally stipulated and not 2000 as ABM are now stating.”

RMT is holding a demo and rally on 29th January 2019 at Parliament to demand:

• No Cleaning Job Cuts
• Equal Conditions with London Underground workers
• Bring all cleaning work in – house.
The Demonstration will be at 5.00pm Opposite Parliament (Old Palace Yard, SW1P 3JY)
This will be followed at 6.30pm with a Rally in the Houses of Parliament, Room TBC