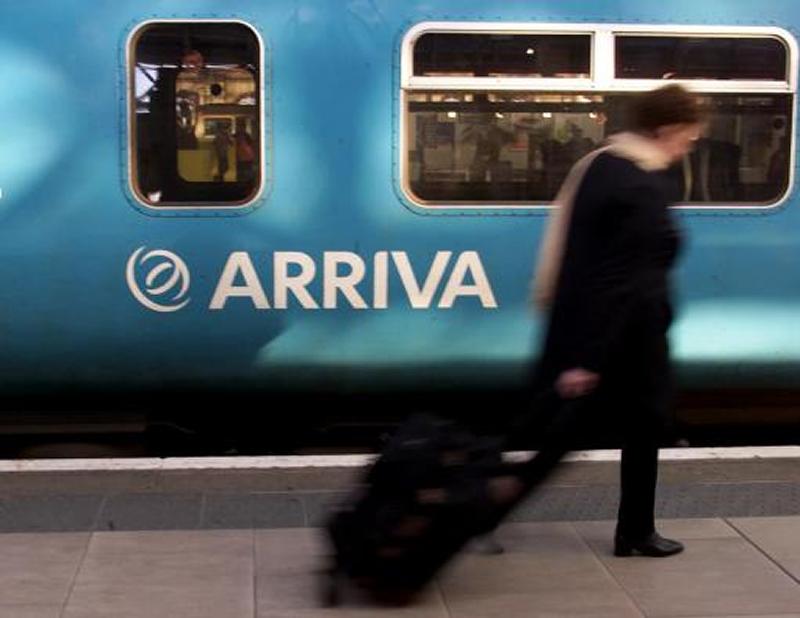 RAIL UNION RMT warned today that a fire-sale of a sizable chunk of Deutsche Bahn’s UK operations jacks up a new threat to jobs and services. The proposed sell off of up to a 45 per cent minority stake in Deutsche Bahn's foreign acquisition arm (Arriva) and global freight logistics company (DB Schenker) is almost certain to be agreed at tonight’s meeting of the DB Supervisory Board – 4th May.

RMT is warning that rail workers in Britain employed by Arriva or DB Schenker will rapidly see their employer's ownership status transformed in the next 3 years. This transformation will have drastic consequences for rail users and workers since private investors are notorious for expecting very short term financial returns, often achieved through job and pay cuts as well as fare rises.

Articles in the German press over the weekend predict an "implementation decision" for the part sale of Arriva DB by autumn 2016. The first tranche of share options is expected to bring in about €1.5 billion revenues in 2017. For 2018, according to the document a further €2 billion proceeds of sell offs are expected and more than €1 billion again in 2019. It is not clear who the potential buyers would be but RMT has warned that it will be the same old mob of banks, hedge funds, or industrial investors. The proposed sell-off also demonstrates a fundamental weakness of the privatised franchising model in that the ownership, and solvency,  of the parent company may change without the workers, their unions, rail users or even the government franchising body having any say in it.

“This potential fire sale of a large chunk of DB’s UK rail assets to the same old gang of spivs and speculators has set the alarm bells ringing for all Arriva and DB Schenker staff who once again see their livelihoods traded from under them as nothing more than units on a balance sheet.

“The deal that is being racked up also exposes the flakey and unstable nature of rail franchising that allows a company to win a contract and then sell off lumps of it at what is nothing more than a corporate car-boot sale without any controls over who is getting a slice of the action.

“RMT is alerting our members to these threats and will respond in robust fashion to any threat to jobs and conditions.”