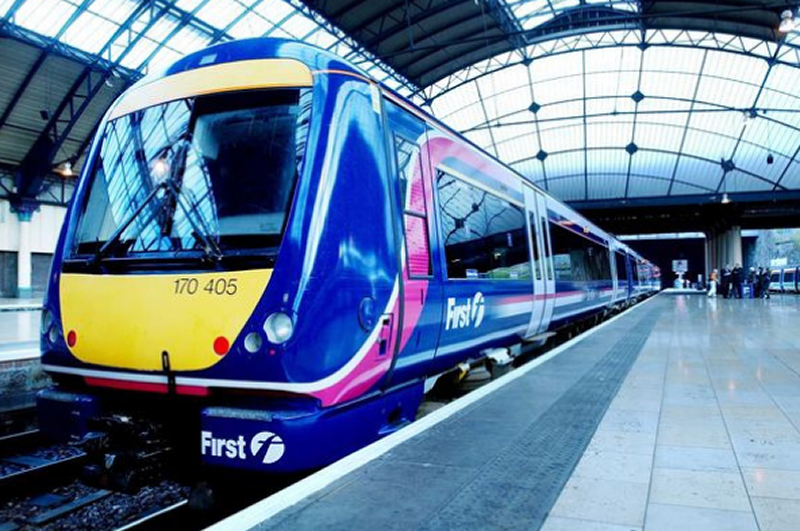 The warning comes the day after the Government were forced to cancel the franchising process on Southeastern and grant an emergency extension‎ to Go Ahead as the whole private operating model descends into shambles.

The US based hedge fund Coast Capital, which has around a 10% stake in First Group, is attempting to replace the company’s board with its own nominees – this strategy has so far led to First’s Chair and two directors stepping down.

In a striking example of everything that is wrong with our privatised railways, Coast laments that two of First’s three rail franchises are ‘problematic’ and have had to ‘renegotiate with the Government to save investors’ capital’. This makes a total mockery of the franchise system, at a time when passengers are paying over the odds to travel by rail, and with yet another increase due to be announced next week services are under continuing risk from global speculators who see the British railways as a giant casino.

RMT is making it clear in the wake of the ongoing franchise crisis that the only solution is for the UK’s railways to be taken back into public ownership. Only under that popular operating model will passengers, rather than private capital, be the priority.

‘It is a disgrace that a large part of the UK’s rail network is beholden to a US based hedge fund, which makes no attempt to hide that its goal is to make profit out of public companies at any cost. UK public transport should be run as a public service and not as a cash-cow for foreign investors looking to drain profit out of the system and who are happy to throw back the keys if ‎the numbers don't stack up.

"With First looking increasingly like it will bail out of the rail industry, Stagecoach’s exit imminent and yet another emergency extension on Southeastern, it has never been clearer that the private UK rail operating model has imploded and is not fit for purpose. We can't run reliable rail services in this country at the whim of a bunch of bandit capitalists.

"The only solution to this shambles is to renationalise our railways – yet this is exactly what Keith William’s has said his rail review won’t recommend. That is an insult to the British people who overwhelmingly support public ownership.’

The following website, set up by Coast Capital, states:
https://www.savefirstgroup.co.uk/debunking-myths

‘Myth
The UK rail business is a good and profitable business, and management should continue to bid

Fact
Over the last three years, FirstGroup will have spent 400 million GBP in CAPEX, on a business that will actually lose 100 million GBP over the same time-frame (post impairments and CAPEX). Shockingly the current management and Board continues to bid on contracts in light of these losses and potentially uncapped pension liabilities in this business. Currently, 2 of 3 rail concessions are problematic, requiring FirstGroup to have to renegotiate with the government to save investors' capital.’

First Group announced in July that two of its directors were stepping down, following the resignation of the Chair - https://www.scotsman.com/business/firstgroup-directors-to-quit-in-wake-of-agm-spat-1-4974004