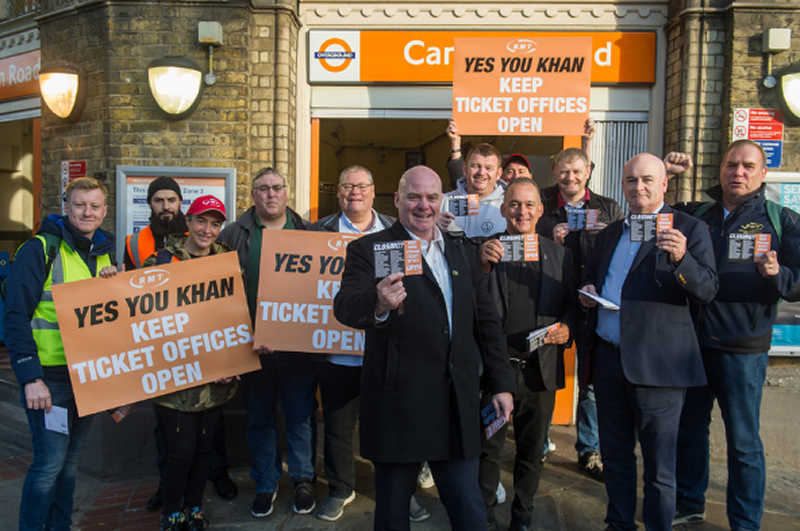 On the day that RMT held a day of action across the Capital the union’s General Secretary, Mick Cash, received an email from Len Duval, Leader of the Labour Group on the London Assembly, confirming that yesterday the Group met and had decided to support the RMT’s stance to save 51 London Overground ticket offices from closure.

RMT General Secretary Mick Cash said:
“We strongly welcome this support which is a tremendous boost for the campaign to save ticket offices and a tribute to our members who have been leafleting stations on a daily basis.

“We are calling on the Mayor of London Sadiq Khan to follow the example set by his Labour colleagues.

“With only a week to go in the statutory consultation this is just the sort of boost everyone needs and we are urging passengers and politicians to respond to the consultation as soon as possible.”