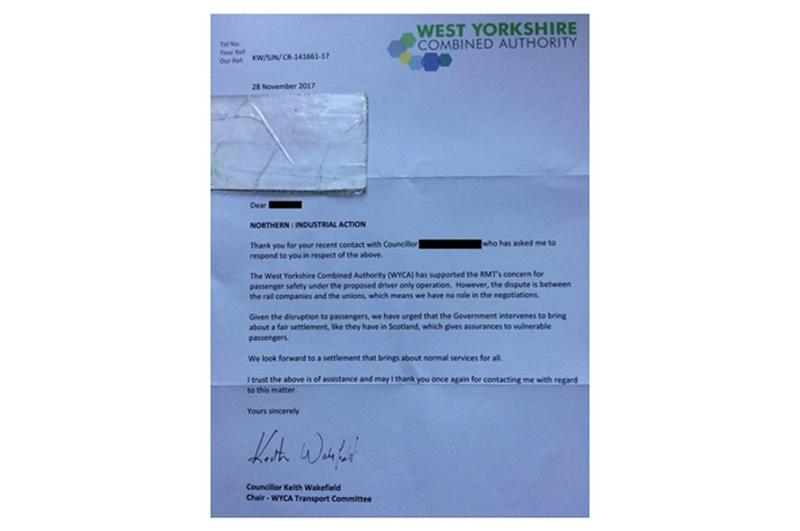 The support is all the more significant as the authority is a key component of Rail North, the body that jointly oversees the Northern Franchise with the Department for Transport, and means that councils in the vast majority of Rail North areas are opposed to Driver Only Operation, (see list in notes to editors below). In fact, there is not one council in the North that has voted to support driver only trains on Arriva Rail North services.

The Chair of the combined authority’s transport committee, Cllr Keith Wakefield, has written that:

“The West Yorkshire Combined Authority has supported RMT’s concern for passenger safety under the proposed driver only operation.”

“Given the disruption to passengers we have urged that the Government intervenes to bring about a fair settlement like they have in Scotland, which gives assurances to vulnerable passengers.”

The deal in Scotland kept the guarantee of guards on new modern trains and resolved a long running dispute.

“To protect safety, security and accessibility the Welsh and Scottish Government have already said there will be no expansion of Driver Only Trains on their services and passengers in the North should be treated no differently. It is time for Chris Grayling and the government in London to stop blocking a resolution of this dispute in the North.”