RMT writes to Government to demand urgent meeting over RFA 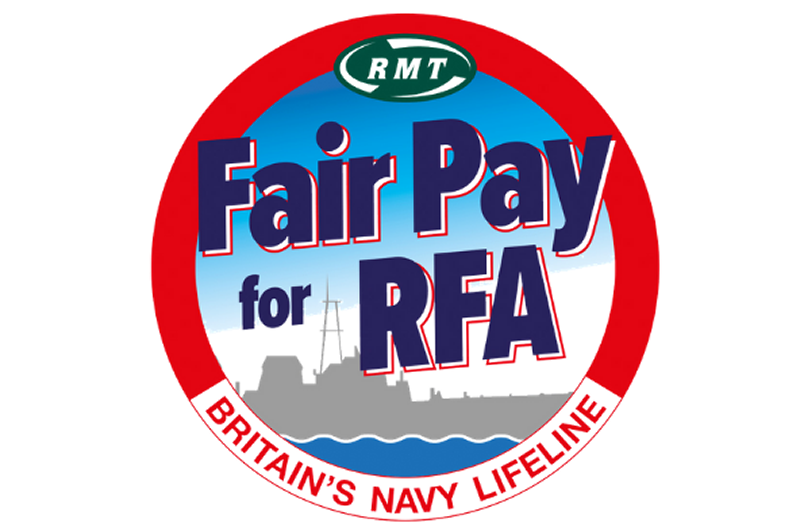 Maritime union RMT today wrote to Government minister Tobias Ellwood demanding an urgent meeting over the Royal Fleet Auxiliary (RFA) pay dispute after it was confirmed that additional resources from the navy supplies lifeline are to be deployed in the Gulf in light of the current tensions.

“Further to our discussion of RFA pay at the meeting in your ministerial office on 23rd January this year, I write to request an urgent ministerial meeting regarding the worsening situation over pay for RMT members and their colleagues in the RFA.

“The current situation in the Strait of Hormuz has the attention of the world, yet the participation of the RFA in replenishing the Royal Navy fleet in the region is largely overlooked, once again. At the same time, we note press reports that the Armed Forces could receive another 2.9% pay increase and the Treasury’s Civil Service Pay Guidance that 2019-20 pay awards should be capped at 2%.

“RMT seek urgent ministerial assurances that the Ministry of Defence is not seeking to implement Treasury guidance which would see another below RPI inflation pay offer to RFA seafarers in 2019-20. In light of developments since January and the fact that the pay anniversary for RFA staff (1st July) has already passed, I am sure that you will agree that it is extremely important that we meet again to discuss the MoD’s RFA funding policies.

“An additional RFA vessel, Wave Knight, will be joining Cardigan Bay in supplying a growing fleet of Royal Navy vessels in the area according to an MOD statement and confirmed by Defence Ministers in media interviews this weekend.”

"RMT members at the Royal Fleet Auxiliary have been engaged in industrial action since early July over the imposition of a 1.5% pay cap which would reduce their standard of living. They have not been included in the groups of workers, including armed forces personnel, exempted from the Government pay cap last week. It's time that they were.

"These brave men and women supply the Royal Navy in conflict and humanitarian hotspots around the globe as this weekend’s announcement has confirmed yet again. I am demanding a meeting with the  Government to demand the lifting of the cap and to give the RFA the green light and the resources to allow a fair pay settlement that recognises the professionalism and contribution of this group of staff.”