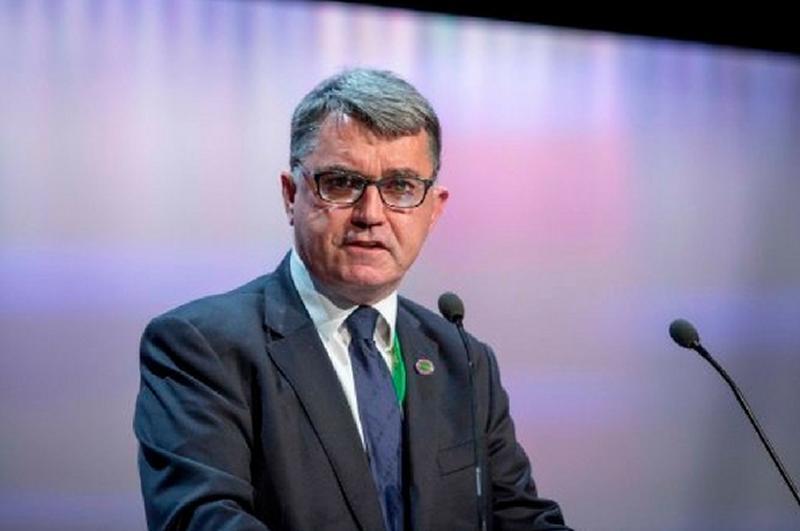 Speaking at a fringe meeting at the TUC in Manchester this lunchtime RMT General Secretary Mick Cash said:

"Chris Grayling has made it crystal clear that he intends to try and impose a nationwide pay cap on RMT members linked to the bogus CPI inflation figure. Any such move would rob workers of thousands of pounds across Network Rail, the train operating companies and quite possibly London Underground as well.

"The CPI measure Grayling is promoting doesn't even take into account the cost of a roof over your head and if he seriously thinks that our members are going to take the hit to their pay for his incompetence and the greed of the train companies he has got another coming. RMT will be mobilising a national campaign to smash the pay cap which will include the use of co-ordinated industrial action if required to protect and enhance our members pay and conditions."

Speaking on Brexit and the talk of a second vote, Mick Cash said;

"Trade unionists voted in droves to leave the EU because they are sick of austerity, the race to the bottom on jobs and pay and the privatisation of services like the railways which is all wrapped up in EU diktat.

"The problem we have now is that the terms of Britain's withdrawal are being negotiated by a useless and divided Tory government that is a global laughing stock.

"The only vote now that matters is a general election and the sooner the better. The talk of a second vote on the withdrawal terms is a defacto second referendum whichever way you try to dress it up and risks becoming a trojan horse for civil unrest on our streets."