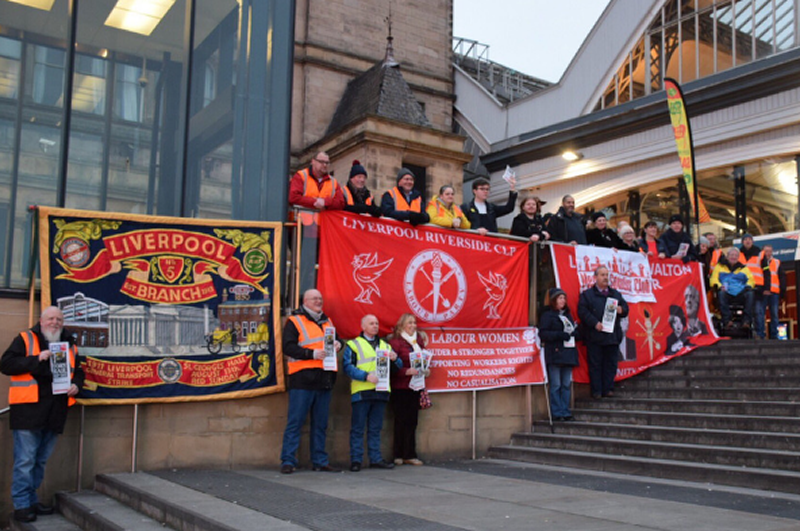 RAIL UNION RMT has confirmed that strike action on Northern Rail remains absolutely rock solid on its 43rd day this morning as the company milks the latest fare hike for every penny and ploughs on regardless with its New Year plans to throw guards off their trains and rip up the safety rule book.

Today’s 43rd day of action comes as Arriva Rail North’s latest report and accounts, smuggled out at the last possible moment just after the latest fare rise disgrace, reveal that the German State-owned company has been given secret extra taxpayer funded payments of £31 million since the franchise began in April 2016, directly allowing the company to make profits of £33.7 million over the same period.‎ The figures make a mockery of the company claims that they can't afford to retain a safety-critical guard on their trains.

“I want to pay tribute again to RMT members across Northern Rail on this 43rd ‎day of strike action in the week that the company have whacked up fares and have shown that they are awash with passenger cash and public subsidies that would easily fund the guard-guarantee on their trains.

“It is the sheer guts and resilience of our members over 43 days of action that has kept the fight for safe and accessible rail travel for all across the Northern franchise in the spotlight while the company refuse to get out of their bunker and enter serious talks.

“While this basket-case, German-owned company siphoning off vast sums from the British people to subsidise their domestic operations it has only been the determination of RMT members, and our supporters from the ‎travelling public, whose solidarity has been instrumental in keeping the focus of the dispute on the campaign for a guaranteed second person on the train with the full suite of safety competencies.