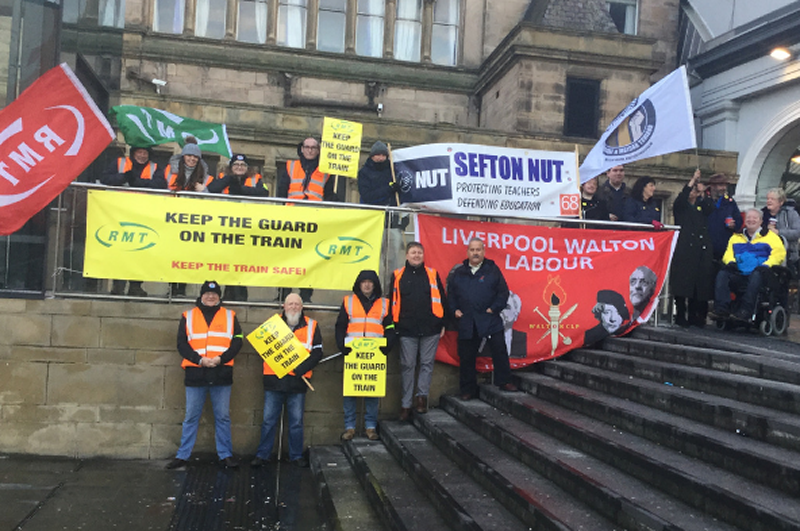 RAIL UNION RMT has confirmed that strike action on Northern Rail remain absolutely rock solid on its 39th day this morning after the company wrecked crucial ACAS talks aimed at brokering a solution to the long –running dispute earlier this week.

RMT said it is “angry, frustrated and determined to carry on the fight for a safe, secure and accessible railway for all” after ACAS talks collapsed on Tuesday when the company made it clear they would not be addressing the unions clearly set out principles around the guarantee of a second safety-critical person on the train, with that member of staff having the full suite of competencies including at the crucial platform/train interface.

In addition, it also became clear during the aborted talks that despite grandstanding by the Government and the DfT no funding package is in place to underpin any commitment to a second member of staff on Northern Rail services making a mockery of statements issued only last week.

Today’s 39th day of action comes after the British Transport Police issued figures in the run up to the Christmas party season showing that violent incidents during the festive period have more than doubled over the past two years – exposing again the nonsense of getting rid of the safety-critical guard on Britain’s increasingly violent railways.

“I want to pay tribute to RMT members across Northern Rail on this 39th day of strike action.  It is their sheer guts and resilience that has kept the fight for safe and accessible rail travel for all across the Northern franchise in the spotlight while the company continue to duck and dive and refuse to face up to the key issues.

"It has only been the resilience of RMT members and our supporters from the ‎travelling public whose solidarity and determination have been instrumental in getting the focus of the dispute back on to the guarantee of a second person on the train. It is deeply disappointing that the company failed to treat the talks this week in a serious manner that could have moved the issues forwards.