Row rumbles on over Pacer's and old tube trains 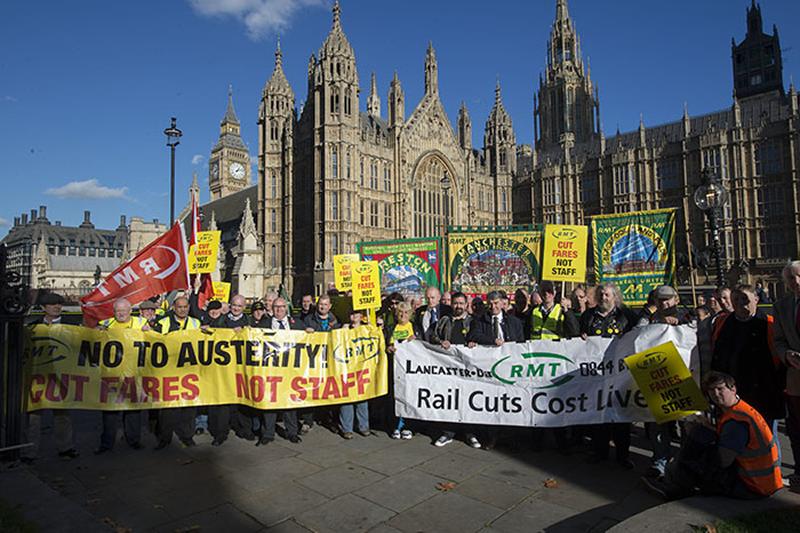 RAIL UNION RMT has declared a day of action against rail cuts in the North this Friday, the 13th, as the union warned again that the bodged-up, clapped-out “Pacers” are set to remain in service for years to come as 30 year old tube trains withdrawn from service on London Underground are undergoing refitting to diesel operation and could be dumped on railways in the North as yet another rolling stock lash-up raising serious safety fears.

The first of the D78 London Underground D-Stock train to be pulled from service has arrived at Vivarail’s Long Marston base and is undergoing conversion to diesel operation.

RMT warned before Christmas that the 30 year old tube stock could be seen as a solution in the North where newer rolling stock is already being shifted South leading to a crisis which is likely to see the hated Pacer units remaining in service indefinitely. Potentially now alongside a fleet of vintage tube trains, piling lash-up onto lash-up and making a nonsense of the Governments pledge to create a "Northern Powerhouse".

RMT will be holding another day of action on the North's railways this Friday 13th February, raising the nightmare prospects for passengers and staff alike if Government attacks on the regions railways continue.

Events for this Friday confirmed so far include:

“On Friday 13th RMT activists and their supporters in the community will be out and about warning again of the nightmare scenario if the Government is allowed to bulldoze through plans for the Northern and Trans-Pennine franchises that would axe jobs and safety and condemn the North to decades of transport misery at a time of surging demand.

“The Government’s whole franchise timetable for the Northern and TPE routes has descended into chaos but an announcement is expected any day now. We now know that the pledges to replace the clapped out Pacer’s have been exposed as nothing but hot air as the Government strategy for rail across the North unravels before their eyes and that they are also being forced to consider replacing one lash up with another by press-ganging 30 year old London Underground stock into service raising serious safety issues.

"In New York they are dumping clapped out subway trains in the sea. In Britain they are threatening to dump them on the railways of the North.

“While George Osborne has been spouting a stream of rhetoric about a “Northern Powerhouse” the real truth is that the whole region can expect a sub-standard, bodged-up services for many years to come. RMT activists and our supporters in the community be out in force again across the region this Friday the 13th with a renewal of our fight against the rail franchise carve up.

"Our message is clear, the fight to stop the outrageous attack on jobs, safety and services under the Northern and TPE franchise plans continues and with an announcement imminent the union is sending out the clearest possible signal to George Osborne, his Government and Rail North that they need to scrap this attack on transport operations and to cut the hot air about improving services when they are actually condemning the North to years of rail misery ."