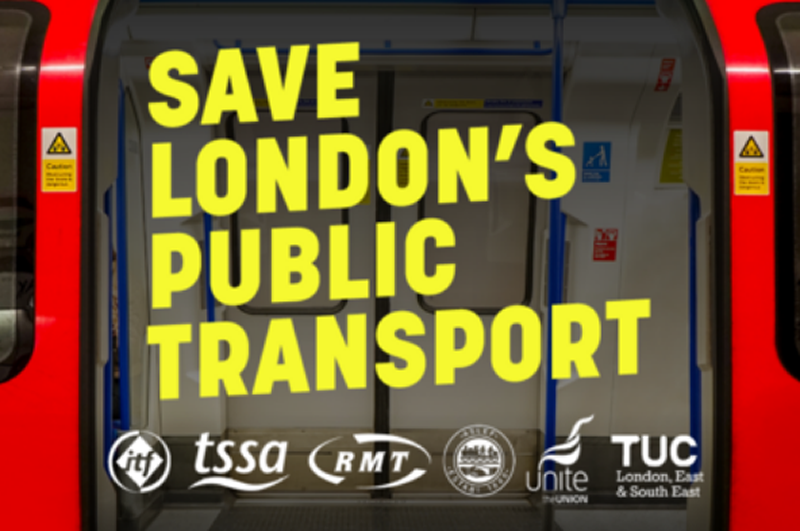 Transport Union RMT will be protesting outside Parliament alongside other trade unions in a ‘Save London’s Transport’ demonstration opposing attacks on pensions, the imposition of pay freezes and threats to services and jobs, imposed as part of the government’s conditions for the bailout out of Transport for London.

The demonstration will be taking place outside Parliament on Wednesday 1st December, assembling at 11am at Old Palace Yard.

“As the 11 December deadline for negotiating a new funding package for Transport for London approaches, RMT will be joining London’s other trade unions to demonstrate outside Parliament on 1st December calling on the government to stop its attacks on transport workers and for the restoration of the operating grant to TfL.

“This demonstration will be making it clear that attacks on pensions, pay freezes and threats to services and jobs is not an acceptable way to treat London’s transport workers who have kept the City moving through a global pandemic.”

Tagged with: Save London's Transport, TfL, Transport for London