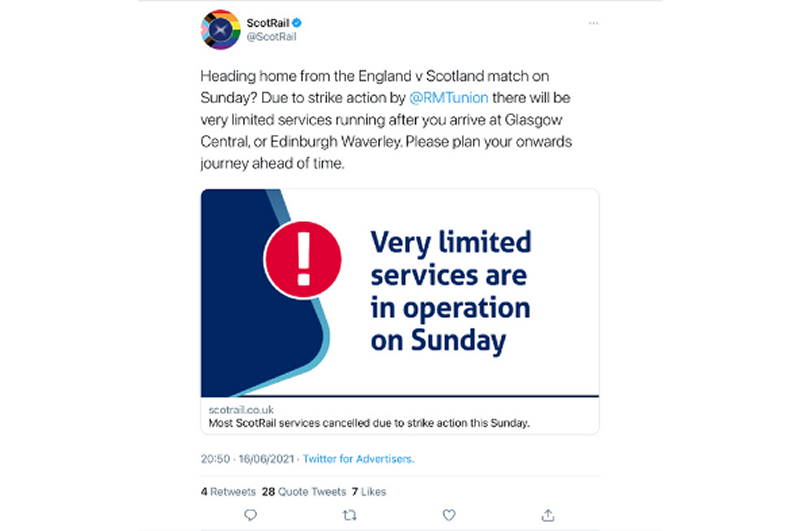 A despicable and desperate attempt by Dutch-owned Abellio to try and turn Scottish football fans against hard working Scotrail staff fighting for pay justice, equality and fairness from their greedy private sector employers has backfired spectacularly.

Late last night Abellio Scotrail took to Twitter and tried to blame staff for disruption to services for the next Scotland game - even though the match is on Friday, the next strike is on Sunday and the company have refused talks to try and broker a settlement before the weekend.

The Scotrail ‎tweet sparked a storm of protest with Twitter users queuing up to slam Abellio and back the Scotrail workforce.

"It is is despicable that Abellio have tried ‎to turn Scottish football fans against Scotrail workers and I want to thank the public for standing with their front line rail workers against this greedy cowboy outfit.

"It's time for the SNP and Transport Scotland to stop this damaging and dangerous nonsense on Scotand's railways and force their contractors to cut a deal that recognises fairness and equality for all Scotrail grades,".