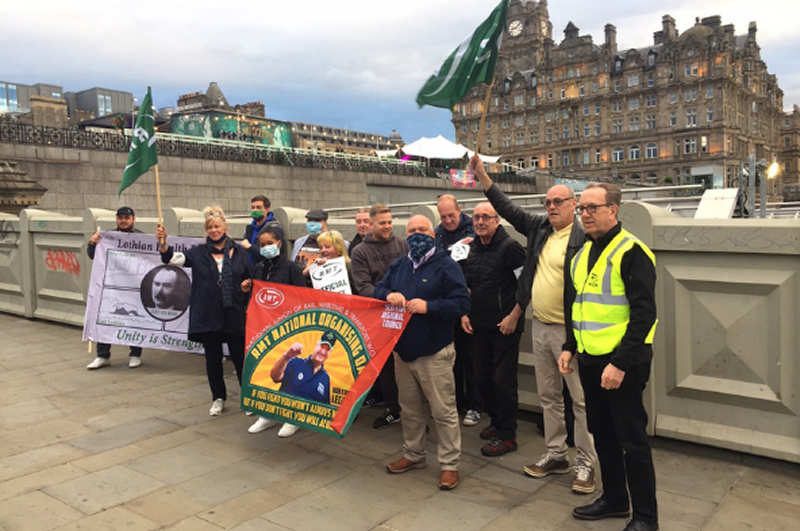 RAIL‎ UNION RMT said today that the first phase of strike action on SERCO Caledonian sleeper has been rock solid overnight as the company continue to block and frustrate all attempts to get round the table to discuss ending the pay freeze they are imposing on employees.

The current action will last for eleven days with the company preferring to reimburse fares, cancel services and create disruption for the travelling public rather than sitting down with the union and negotiating a settlement.

It's SERCO's hardworking sleeper staff who have kept the service running throughout the Covid pandemic and who are now determined to see pay justice. The wholesale cancellation of services for the during of the strike announced by SERCO is entirely down to their intransigence and refusal to recognise that hard work and commitment of their staff.

RMT says it is disgraceful that rail workers are being expected to take a major hit to their standards of living when inflation is escalating and there are widespread reports of rising wage increases across other industries and sectors.
RMT General Secretary Mick Lynch said:

“Our members are standing rock soild as the strike action on the Caledonian Sleeper gets underway and SERCO need to stop their ongoing campaign of misinformation to both passengers and staff alike and respond positively to the union approach for urgent talks .

"The wholesale cancellation of sleeper services for the durat‎ion of the strike is entirely down to their intransigence and refusal to discuss pay justice for their staff.

"It is frankly ludicrous that the company seem happy to just write off services for the best part of a fortnight and reimburse passengers when talks that could broker a solution are staring them in the face.

“RMT sleeper members are showing right now that they are prepared to fight for their living standards and livelihoods.The union remains available for talks aimed at resolving this dispute and we await a positive response from the company.”