Six months to save Scotland's Railways 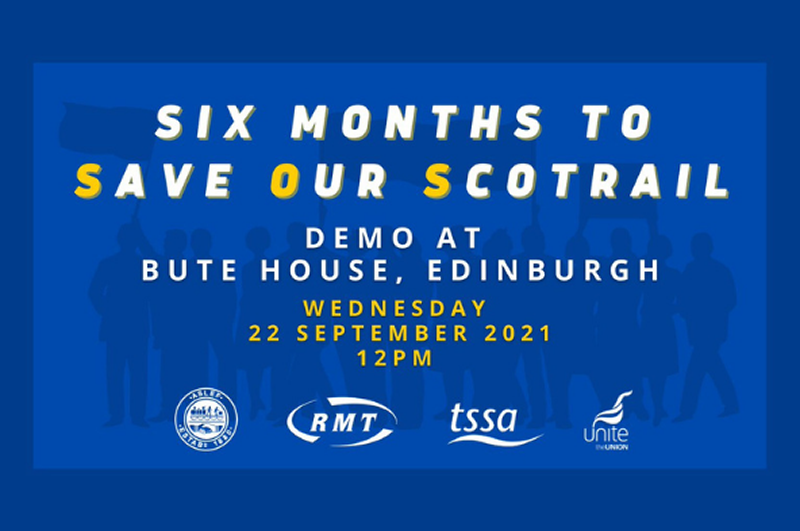 RAIL UNIONS and their supporters will be holding a "Six months to save Scotland's railways" protest this lunchtime.

“The Scottish Government is managing the ScotRail franchise under its ongoing Emergency Measures Agreement and it has the power to block the service cuts being proposed. It cannot evade responsibility over this issue.

“With COP26 just weeks away, it beggars belief that the Scottish Government is happy to preside over massive cuts to rail services, despite this being a sustainable and low carbon form of transport. This will do nothing to make Scotland a ‘Net zero nation’ and will just push more people into cars.

“RMT will be joining the other rail unions to demonstrate outside the First Minister’s official residence today and we are demanding a commitment from her that she will block the proposals to cut ScotRail services.”