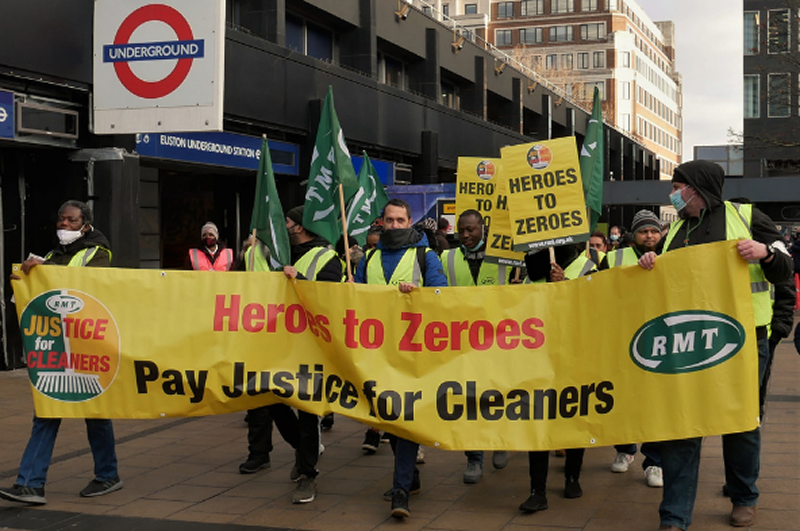 Workers on the National Minimum Wage and the Real Living Wage are more than £1,000 worse off now than 12 months ago as a result of soaring inflation.

Workers on the National Minimum Wage and the Real Living Wage are more than £1,000 worse off now than 12 months ago as a result of soaring inflation, according to new research published by the RMT today. As RPI inflation reached 7.5% in December 2021 it meant that a worker on the National Minimum Wage would need £1,252 more a year to prevent a real terms pay cut while a worker on the Real Living Wage would need £1,395 more.

“Many workers have been hit by a double whammy of pay freezes and soaring inflation and no more so than those who were already on low wages.

“This report shows the devastating effect of inflation on the wage packets of the heroes who have kept our essential services running through the pandemic. It’s a national disgrace that so many of these workers, clapped, praised and glad-handed by the great and the good are now expected to put up with pay cuts that leave these already low-paid workers struggling to make ends meet.

It also shows the value of fighting unions because left to their own devices, there’s no doubt the spivs and profiteers who leech off our rail network would be quite happy to carry on in the same old way. Well, RMT is not going to let that happen.”

More information on the South Eastern cleaners’ ballot can be found here:

For more on the West Coast cleaners’ strikes, see here: