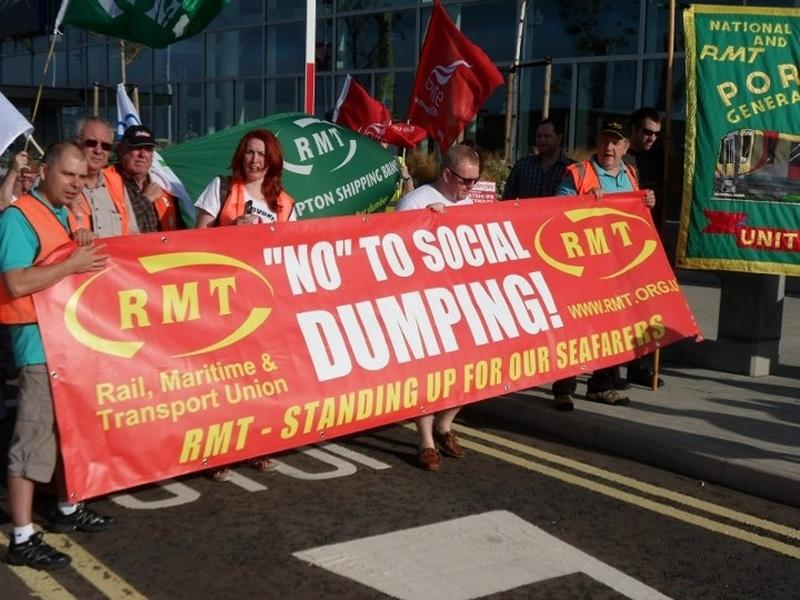 The exploitation of loopholes to cut pay in the European shipping industry has taken yet another turn this week as another major company has threatened to flag-out its fleet in order to cut pay – arguing that meeting nationally controlled rates of pay is no longer “economically feasible”.

NSB, which manages more ships under German flag than any other ship management firm and currently employs around 500 German and European seafarers, has threatened to flag-out from 2015 saying that the continued employment of German and European seafarers is "no longer economically feasible and the company would endanger its position if it continued to operate vessels under German flag," according to a press release from the company.
Mick Cash, acting general secretary of shipping union RMT, said

“It is indicative of the state of the industry that yet another European operator is looking to flag out on the basis that they don’t want to pay European rates and are going for the cheapskate option. The EU and national governments have talked tough but done nothing to close the loopholes that allow this dodging of minimum wage rates in the shipping industry.

“RMT has continued to fight the super-exploitation on the ships of shame, targeting operators like Channel Islands ferry outfit Condor, and that fight will continue. The news that NSB is threatening to join the ranks of the flagged-out, wage-dodging companies reinforces the point that this is an issue that will not go away and that the race to the bottom continues.”

“The case of NSB illustrates the cut throat nature of an industry where seafarers are coldly classified as ‘the human element’ and are treated as an inconvenient cost that must be reduced. Aside from the clear moral and legal tension of such an approach to workers, it also completely ignores the social and economic importance of a national maritime skills base to all countries, especially those with trading ports.”

“ The upside down nature of shipowners’ priorities are plain to see from the fact that the largest shipping registry in the EU is Malta, a flag of convenience. European Governments need to assert themselves over an out of control industry that profits from effectively enslaving seafarers in order to maximise profits.

“Reforming the United Nations Convention on the Law of the Sea to prevent shipowners from exploiting seafarers through social dumping would be the most effective step Governments, especially the UK could take to wrest back control of vital international trading routes from an amoral, super rich elite.”