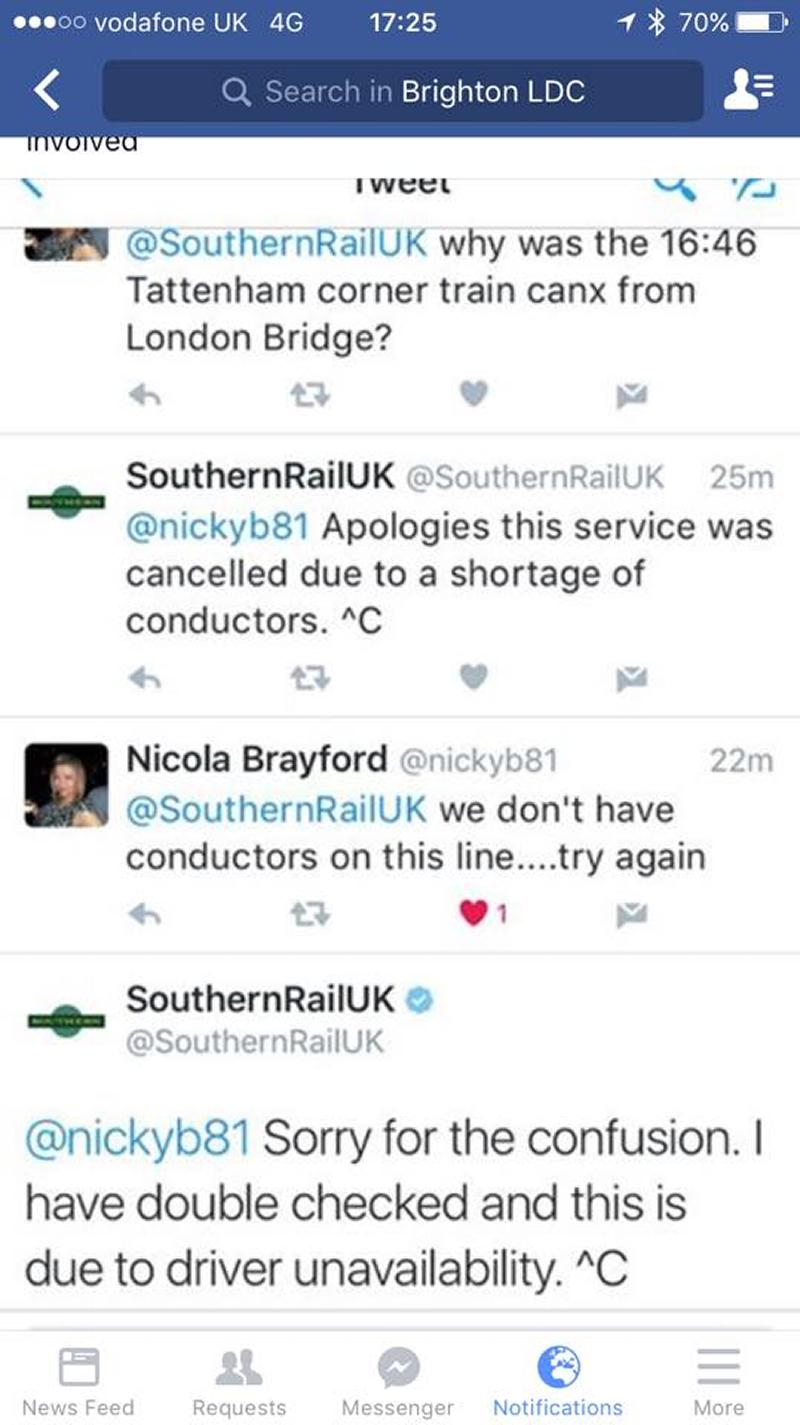 RAIL UNION RMT today issued evidence that proves conclusively that Govia/Southern Rail have been lying repeatedly to the public over the impact of staff sickness on the escalating crisis of cancellations and delays to Southern Rail services.

In a letter to Southern MD Charles Horton – attached – the union pulls out two recent examples of how the company is attempting to shift the scandal of short-staffing and managerial incompetence onto the front-line workforce – leaving them at risk of abuse and assault while those responsible for the chaotic running of the franchise are tucked away in their luxury offices.
The letter draws attention to the following:
•         A driver, guard and train were available to work 2F95 – the 7.10 Brighton to Lewes on June 1st - and arrived, in good time, only to find the train was showing as cancelled due to shortage of train crew – even though a full crew had presented.

•         A member of the public ‘tweeted’ as to why the 16:46 train on 20th May 2016 from London Bridge to Tattenham Corner was cancelled. The twitter response from Southern was the cancellation was due to conductor(guards) shortage. This line operates as DOO and has no conductors. (tweet attached)

The union also pointed out that earlier in the year an agreement was obtained to move from 472 to a 490 overall guards establishment by the end of May to fill new roster patterns . Clearly this has not happened . On the most recent information  the company had 25 vacancies , when added to the unfilled 18 guards increase that was agreed and not implemented this leaves a deliberately engineered gap of 43 posts in total – blowing a major hole in roster patterns that is entirely due to mismanagement and cost-cutting.
On Friday evening rush hour Southern services were reduced to total chaos due to a series of fleet breakdowns which were entirely down to the company and its penny pinching on maintenance. The wholesale cancellation of services left thousands trapped before the weekend and provoked a storm of anger at the company on social media.
RMT General Secretary Mick Cash said:

“RMT will not tolerate the disgraceful attempts to blame the current operational crisis at Southern/GTR on the front-line staff when the responsibility lies with those at the top and their gross mismanagement of this basket-case franchise.

“The company are caught our red-handed today cancelling services that were fully staffed and blaming the guards for the cancellation of services that don’t even have guards on board. That is conclusive proof that the company are engineering the current shambles so that they can knock lumps out of their own staff. They are an absolute disgrace.

“RMT also proves today that Southern never staffed up their new guards rosters and are carrying vacancies that they have no intention of filling of around 10%. That is the root cause of the staffing shortage and is entirely down to the shambolic management of this franchise and is nothing to do with our members on the front-line.

“Southern should stop the dirty tricks and start talking with us in a serious and responsible manner.” 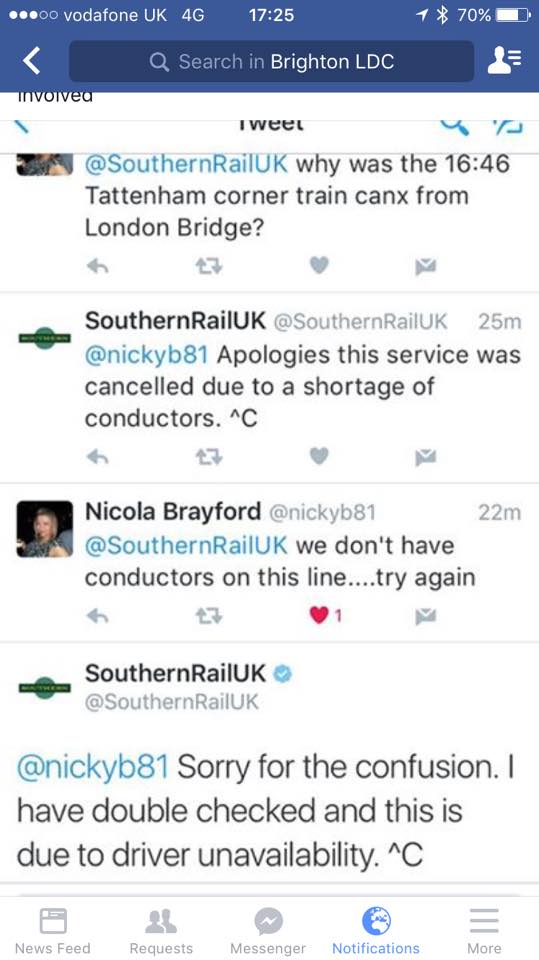