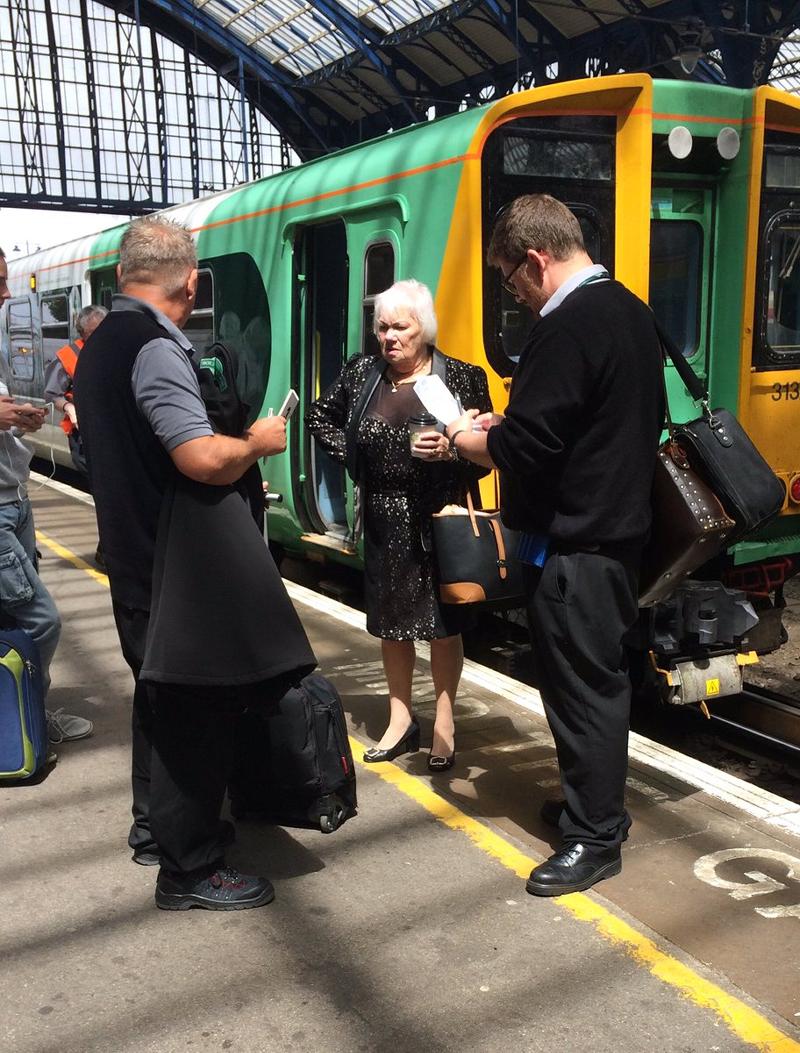 RMT issues picture of guard and driver waiting to take out Southern train cancelled due to "staff sickness".

RAIL UNION RMT today issued a picture tweeted by a passenger – Cliff Heys-Limonard – of the 1303 service from Brighton to Chichester on Wednesday that was cancelled by the company due to “ staff sickness.”

@SouthernRailUK driver and guard ready to drive train which you then cancel saying no staff!!pic.twitter.com/NWJzGxdXD2

“Once again the dirty-tricks merchants at Southern/GTR are caught red-handed lying through their back teeth to the travelling public in order to undermine and denigrate their own staff.

“Passengers and staff alike are sick and tired of the Southern top bosses and the Government trying to blame everyone other than themselves for the chaos that they have unleashed on Britain's biggest rail franchise.‎ On the Today programme this morning the GTR Chief Officer could not deny that trains are being cancelled on the basis of a pack of lies about staff shortage when a full compliment of crew are available. This picture nails those lies once and for all.

"There is no "unofficial action" on Southern. The staff shortages are down to gross mismanagement of staffing numbers, rosters and diagrams by the company on this basket case franchise and our information from members proves that services are routinely being axed even when staff are available. That is scandalous behaviour.

“Trying to lump the blame onto hard-working, frontline staff , who take the full force of passenger anger for cancellations and delays, is cowardly and despicable behaviour by this failing‎, rip-off GTR outfit and their cheerleaders in the Government‎."