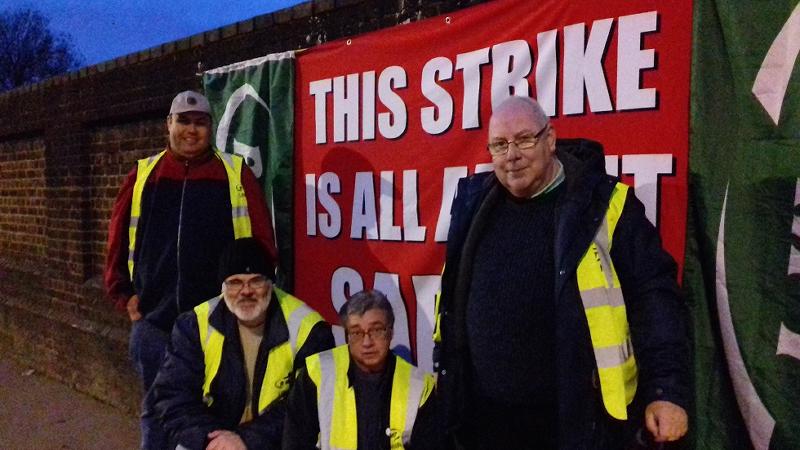 RAIL UNION RMT said today that strike action by guards on Southern Rail in the dispute over safety and access is solidly supported across all routes this morning in the teeth of a company campaign of threats, intimidation and bullying.

“Despite a vicious campaign of company bullying, threats and intimidation the strike action on Southern this morning remains absolutely rock solid.

“Passengers know that Southern Rail under GTR is an unmitigated disaster that puts profits before public safety. That is the issue at the core of this dispute.

“The solution to this dispute can be achieved easily through a cast-iron guarantee of a second, safety-critical member of staff on all current services with a guard.
"Once again this morning the union is demanding that Transport Secretary Chris Grayling gets out of his bunker, gets hold of this basket-case company and gets round the table for serious negotiations.”