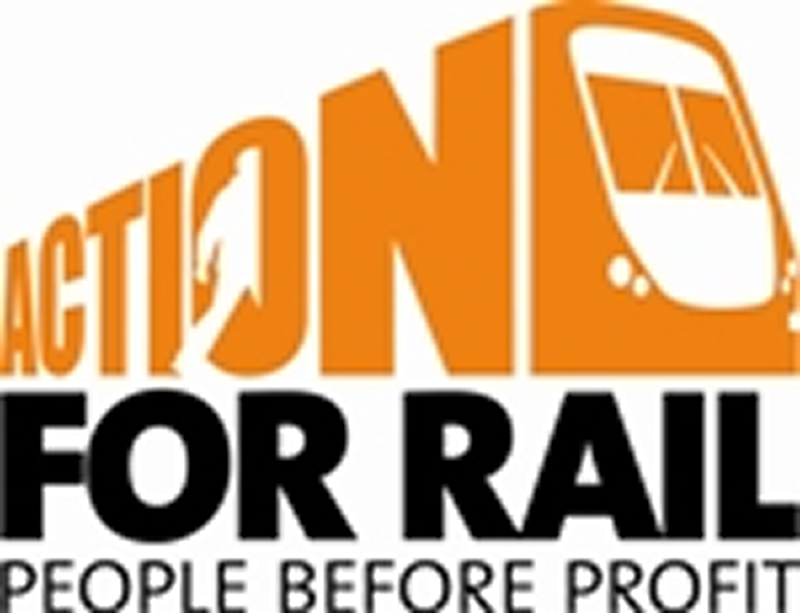 Government cuts to Network Rail’s funding are putting the lives of both rail passengers and maintenance workers at risk, according to a report published today (Friday) by the TUC’s Action for Rail campaign.

The research carried out on behalf of the four unions behind the campaign – ASLEF, RMT, TSSA and Unite – by the Working Lives Institute at London Metropolitan University is based on the findings of focus groups conducted with railway workers.

The overriding concern of the employees who took part in the study are fears that safety is being compromised as a result of budget cuts, which have in turn led to staff shortages, less frequent inspections and the increasing use of workers employed on zero-hours contracts.

The research – The Impact of Efficiency Savings on Network Rail Staff, Performance and Safety – voices workers’ concerns that a major accident could happen as a result of the culture that has developed in rail maintenance where safety is threatened because of a lack of resources.

The participating workers said that financial constraints meant that staff have had to take on multiple roles, which they feel affects their ability to deliver a safe and efficient service. They also believe that safety has been relegated into third place – behind the need to comply with budgets and hit performance targets.

Rail employees in the focus groups said that when safety concerns are raised, they are rarely acted upon, and as a result workers are much less likely to raise potential safety issues.

Workers reported an endemic culture of long-hours working within railway maintenance, with many staff employed by private contractors having to travel huge distances to get to jobs, where they might have to work on unfamiliar sections of track at night, with only a map to guide them.

The increasing use of private contractors by Network Rail has also led to a growing number of workers being employed on zero-hours contracts, says the research. Rail staff in the focus groups said this meant that colleagues employed in this way often feel under pressure to accept work they may be too tired to carry out safely, simply because if they turn down jobs they may not be asked back.

Maintenance staff also said that funding cuts have meant that teams working on renewing the tracks are smaller and jobs need to be completed in a shorter time. Workers are also now expected to work alongside moving trains, sometimes without adequate safety measures in place, says the report.

Commenting on the report, TUC General Secretary Frances O’Grady said: “When track workers – who see with their own eyes when safety corners are being cut and where crucial maintenance jobs are delayed – warn that a major accident could be just around the corner, it’s surely time for ministers to wake up and act.

“Government spending cuts have meant a significant reduction in the funding available to Network Rail for it to carry out vital maintenance work and essential safety inspections. The situation will get worse as resources continue to be squeezed.

“Thankfully British railways still have one of the best safety records in Europe, although only this week the Office of Rail Regulation (ORR) said that the number of track workers injured was at a seven-year high. It also urged Network Rail to get better at eliminating potential safety risks on the tracks it maintains.

“Budget cuts are creating the conditions where many rail employees fear a major accident is just waiting to happen. The warnings of those who work on the tracks on a daily basis can no longer be ignored.”

RMT Acting General Secretary Mick Cash, a track worker with over 30 years of experience in the industry, said: “This report reinforces what every single rail worker will tell you, that corners are being cut and essential maintenance work delayed as the obsession with meeting cuts and targets overrides the delivery of safe and efficient services.

“The responsibility for this lies fair and square with the government and the ORR who are following the path of austerity, slashing budgets and axing safety-critical jobs.

“With surging rail demand RMT has warned repeatedly that maintenance cuts on the tracks are on course to drag us back to the days of Railtrack, Hatfield and Potters Bar if the government and the authorities don’t wake up pretty sharpish.

“But instead, more cuts under the government’s McNulty Review are in the pipeline and the lethal consequences are being ignored, despite the warnings sounded once again in today’s important study.”


The Impact of Efficiency Savings on Network Rail staff, Performance and Safety makes a number of recommendations including:

•    an investigation into the long-term impact of budget cuts and reductions in staffing upon the safety of the rail network
•    private contractors should not be permitted to employ staff doing safety-critical work on zero-hours contracts
•    the rail industry needs to address with a degree of urgency the under-reporting of safety concerns across the network, and demonstrate that safety is its overriding concern.