Staff our Stations action across the North East 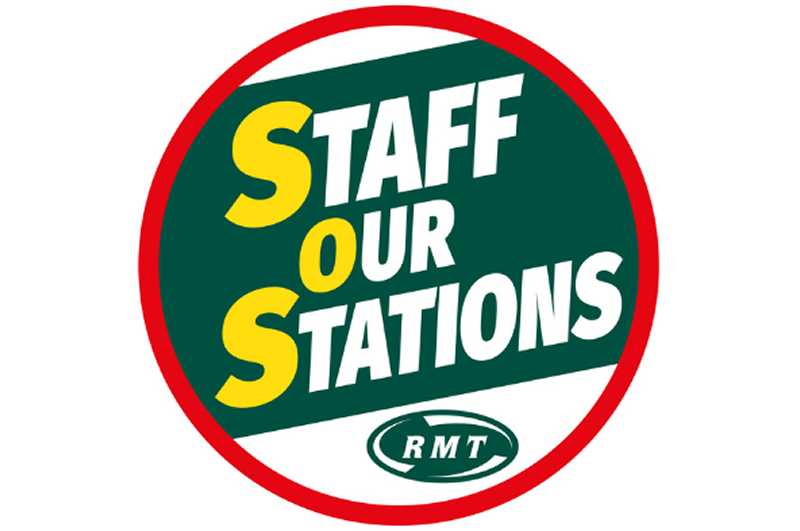 RMT launches Staff our Stations action across the North East from Monday in response to threats to station staff and ticket offices in the region.

Rail Union RMT is stepping up its Staff our Stations campaign across the North East, with a number of demonstrations at key stations commencing on Monday 6th December at Berwick-upon-Tweed station, followed by Newcastle Central and Durham on the 13th December and Darlington and York on the 15th December.‎

North of Tyne Mayor Jamie Driscoll will be joining the Newcastle Demonstration on Monday 13thDecember at 11am with other regional politicians also joining the campaigning activity.

RMT members and activists from across the North East will be using these events to speak to passengers about the Government and rail industry’s planned attacks on stations and ticket offices which will make the rail network less safe, secure and accessible for passengers.

“At these events, RMT will be telling passengers across the North East about the threats to stations and the proposals to significantly reduce ticket office opening hours at key stations on the LNER network.

These demonstrations will send a clear message to the Government, and train companies such as LNER, that cuts to stations and ticket offices run counter to what passengers want and will do nothing to support the post-Covid recovery of the sustainable rail network. In fact, research by the Government’s own watchdog has found that passengers want to see more, not less staff.

Rather than cynically exploiting the Covid crisis to cut station staffing and attack ticket offices, the Government should be investing in creating a sustainable, reliable, accessible rail network in public ownership, which works for passengers, not profit.

RMT’s is continuing to ramp up its Staff our Stations campaign to oppose cuts which make the railway less safe, secure and accessible for passengers and will be replicating this activity around the country in coming months.”

Demonstrations are taking place at the following stations: