Stagecoach and Virgin being set up to continue running ECML 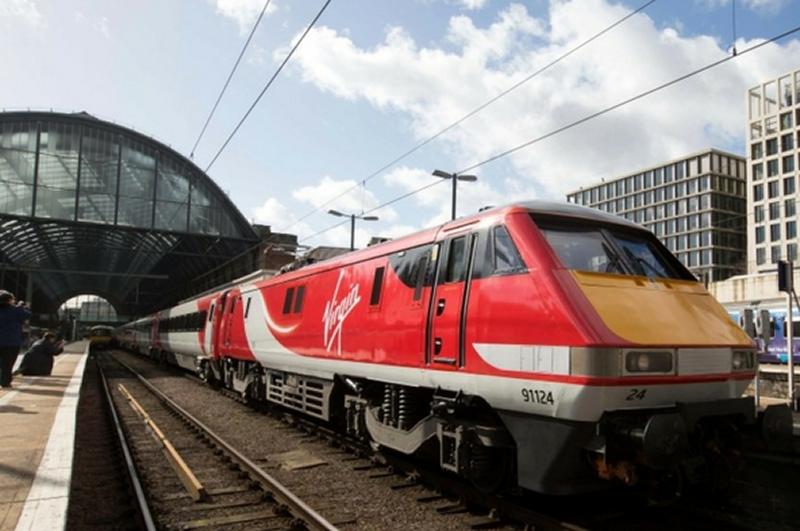 Stagecoach and Virgin being set up to continue running East Coast in massive reward for failure.

RAIL UNION RMT can today reveal that failing transport secretary Chris Grayling is gearing up to reward greedy privateers Stagecoach and Virgin with a new contract to run services on the East Coast Mainline in a massive reward for corporate incompetence.

RMT has seen an internal communique to all Virgin Trains East Coast staff that makes it abundantly clear that it is unlikely that there will be any return to the publically owned railway company that ran East Coast so successfully for five years before the Department for Transport privatised it.

VTEC Managing Director David Horne says in the memo; “To prepare for the unlikely event that an OLR (Operator of Last Resort) is required, advisors from Arup, SNC-Lavalin and Ernst & Young have been appointed to provide advice to the DfT to ensure that rail services can operate seamlessly if a franchise agreement is not in place for any reason”.

As revealed by the RMT last week Directly Operated Railway Ltd is now ‘dormant’ having been deliberately run down by the Government and this exercise with the consultants is only in case “for any reason” a new contract with Virgin and Stagecoach cannot be agreed.

From the bullish performances by David Horne and Martin Griffiths CEO of Stagecoach Group  at the Public Accounts Committee on the 26th February it is only a matter of time before a new contract with VTEC is announced.

RMT General Secretary Mick Cash said:
“The scandal on the East Coast continues to rumble on with Stagecoach and Virgin being set up for a massive reward for failure at public expense.  This is Chris Grayling putting Tory privatisation ideology before the public interest and represents corporate welfare on an epic scale. We always knew this government would never allow East Coast to be taken back under public ownership and the sooner Grayling stops this charade the better.

“RMT will continue to fight to protect jobs, services and safety and for the long term solution of public ownership”.

From: Internal Communications
Date: 7 March 2018 at 16:10:59 GMT
To: Site - All VTEC
Subject: A message from David Horne
This email has been sent to all colleagues

As you know we’ve been in discussions with the DfT for some months now and they’re going well.
I updated you recently about the Secretary of State’s (SoS) announcement on 5 February 2018 around the future of the franchise, and in this statement he also commended the great job we’ve done to keep our customers happy.
In his statement the SoS also confirmed he is considering two options to ensure service continues until the East Coast Partnership in 2020; a direct award with Stagecoach / Virgin, or an alternative to be directly operated by the DfT through the Operator of Last Resort (OLR).
To prepare for the unlikely event that an OLR is required, advisors from Arup, SNC-Lavalin and Ernst & Young have been appointed to provide advice to the DfT to ensure that rail services can operate seamlessly if a franchise agreement is not in place for any reason.
To reassure, Stagecoach Group and Virgin Group as shareholders have made it clear that commitments to customers, colleagues and the Government will be honoured.
So what do I need to do?

Nothing, it is business as usual. However, members of the OLR team may make site visits to stations and depots in the coming weeks; if they speak to you or ask a question, please give them your full cooperation. For those of you who have worked in the rail industry for some time, you’ll know this is entirely normal and this process has taken place in other TOCs. It is nothing to be worried about.

We are fully committed to the east coast route. If you haven’t done so already you can listen to Stagecoach Group Chief Executive, Martin Griffiths, talk about the real story of our franchise in this video. More recently, Martin and I were able to put our story across at the Public Accounts Committee and clear up some of the inaccurate media reporting of late – you can watch the video on Parliament’s website. I’m proud to say over £140m has been invested to transform the east coast line to date, and over £800m had been paid back to the government since we started this franchise. And of course, we’ve recently achieved a 92% NRPS score which is fantastic.
We expect negotiations with the DfT about a direct award will conclude in the coming weeks.